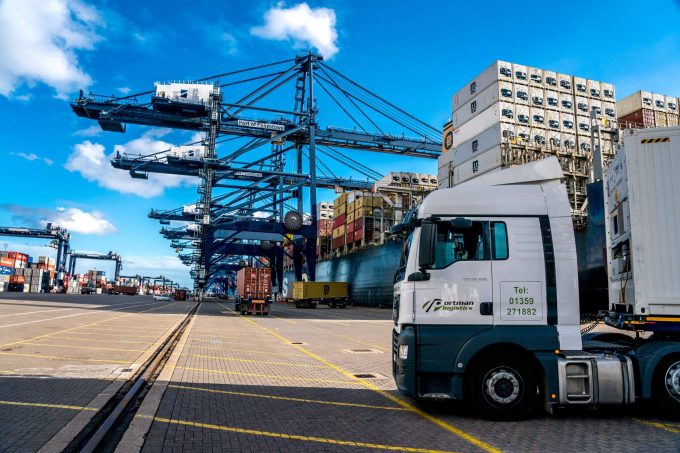 Container terminals around the world are facing a double-whammy of skyrocketing costs and a market downturn.

There will also be a sharp decline in the storage revenue windfalls that boosted their bottom lines in the past two years.

Following the easing of congestion, terminal operators had hoped carriers would return to more regular weekly scheduled calls, but that aspiration appears to have been dashed by the collapse in freight rates that prompted lines to make drastic cuts to services.

“We are actually going to see irregular call patterns continuing as carriers use blank sailings or schedule slippage to try to manage capacity, rather than work around congestion, which is easing in quite a few regions,” said Ms Hadland.

She said terminal operators would see their margins squeezed in the coming year by a huge spike in costs.

“Since the end of the lockdown phase of the pandemic, terminal operators have seen the cost of fuel and electricity spiral upwards, and now we are starting to see really strong pressure from workers for inflation-linked wage increases,” said Ms Hadland.

She said any steep increase in wages would potentially have a much more material impact on operating margins than fuel or electricity prices.

Using the example of the UK port of Felixstowe, still working under the threat of further strike action with wage negotiations reportedly stalled, Ms Hadland said its labour costs were already higher than its rival southern container hubs, at 41% in 2021, whereas at Southampton, labour costs accounted for 23% of its cost budget, and at London Gateway, labour costs were just 17%.

Given the mega profits enjoyed by carriers this year Ms Hadland said it would “be very difficult to justify that you can’t afford an inflation-linked increase”, and added: “Carriers really don’t have much of a leg to stand on.”

Moreover, she said, “some if not all of that uplift will be passed back to shippers via their terminal handling surcharges”.

Ms Hadland added that the capacity expansion plans of container terminals could be affected by the increased cost of terminal equipment, as well as the rise in the cost of civil works.

“To upgrade or replace cranes and equipment is going to start costing the operators more,” she said.

Drewry has downgraded its growth forecast for the sector for next year, to 1.9% from 2.9%, and said terminal operator margins would be “under great pressure in 2023”.