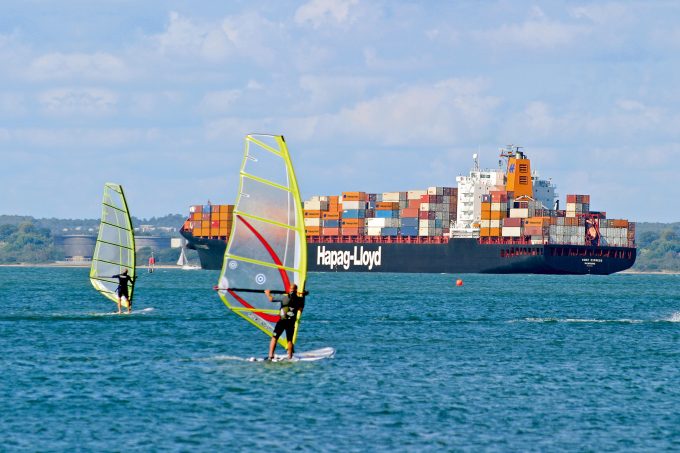 However, the foundations appear to have been laid for contract rate increases during the weeks of negotiation in advance of 2017.

The Shanghai Containerized Freight Index (SCFI) recorded a drop of 4.7% for North Europe spot rates to $913 per teu, and a decline of 6.3% for Mediterranean ports to $738 per teu.

At the Maersk Group third quarter results presentation on Wednesday, chief executive Soren Skou claimed that Maersk Line was “in a better position than this time last year” to renegotiate contract rates.

This time last year, weakening spot rates on the SCFI could not have come at a worse time for carriers going into 2016 contract talks with European shippers.

Friday 6 November 2015’s SCFI recorded one of the biggest falls in its history for North Europe and the Mediterranean, when the North Europe component tanked by almost a third, shedding $314 in a week to fall to $674 per teu, while for Mediterranean ports the spot price fell to $646 per teu, having lost $158.

Against this momentum of plunging spot rates – and ahead of the winter slack season – carrier negotiators were on the back foot and were obliged to concede contract rate concessions to lock in shippers, in the fear that spot rates would collapse further.

One year on and the situation is very different – it is the shippers who are nervous about 2017 contract talks, after the supply chain disruption caused by the Hanjin bankruptcy and the precarious financial position of other carriers.

Mr Skou said that Maersk Line had “not closed any contracts so far” with Asia-Europe shippers, with a clear suggestion that this was the carrier’s wish, rather than shippers.

Maersk Line can perhaps afford to play hard ball with some customers, given the current ‘flight to safety’ by shippers was the main driver of an 11% year-on-year volume growth in the third quarter for the carrier.

“At this moment we have some positive momentum, the ships are full, driven by Hanjin, and in the fourth quarter we are seeing some positive development in freight rates,” said Mr Skou.

Interestingly, a year ago the SCFI recorded west coast spot rates at $1,102 per 40 ft and the east coast at $2,015 – both having dropped significantly from the previous week.

Most analysts agree, that notwithstanding the continued supply-demand imbalance – there is a further 1.7m teu of capacity stemmed for delivery next year – freight rates will go up in 2017, with a consensus view of around 10%.

Nevertheless, the impact of new alliance structures and the reaction of weaker lines that will have to undercut rates to maintain bookings, could yet undermine this prediction.