Container shipping: would a freight exchange drive rate volatility out of the system? 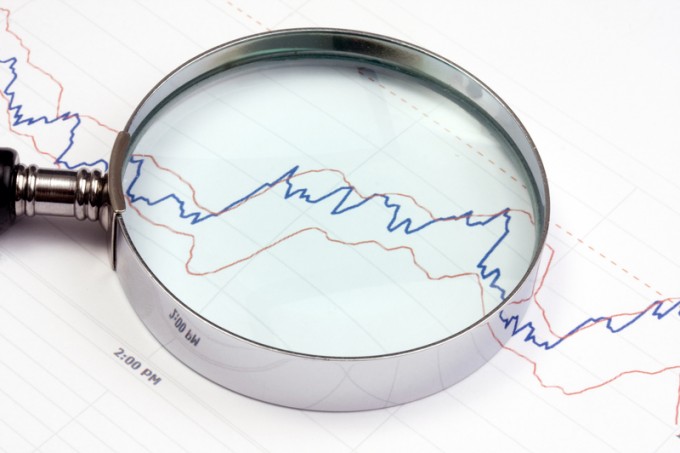 Each week the Shanghai Containerised Freight Index (SCFI), along with other index providers and rate benchmarking platforms, provides market participants with rate transparency covering both spot and contracted rates in the ocean container freight market.

The SCFI is well established and is regularly quoted in the financial results of carriers as a bellwether to the market’s health.

Meanwhile, disruptive platforms such as Xeneta allow users to monitor past and future rate movements across tens of thousands of port pairs for a variety of contract durations.

The container market has never been so transparent, but one issue remains: rate volatility.

The biggest losers in all this are arguably carriers themselves. With little to no control over future revenue streams – but still required to pay off the huge asset investments needed to run the business in the first place – their financial health is left to the mercy of the market.

Of course predictions on the future supply and demand ratio can be made, but they remain only that, predictions. As can be seen with the Japanese lines, whose financial results vary hugely from actuals, they can sometimes be way off of reality.

Adding to the already difficult situation is a physical market where contracts are regularly broken, and non-performance carries with it little or no penalty.

Imagine a situation where manufacturer agrees to buy 10,000 widgets from a supplier in six months’ time. Six months later the order never arrives – and maybe it never will. As the supplier, you are rightly irritated and may even take legal action to recover some of the lost revenue, citing breach of contract.

In the container market, this is a daily occurrence and yet it is perceived as normal, with carriers unlikely to chase payment for shipments that never arrive, worried about losing future business from the customer.

The seemingly unenforceable nature of contracts means, understandably, opportunistic freight forwarders are able to play the system, switching from pre-agreed contract rates to the spot market as and when the need arises.

Rate volatility for the forwarder is therefore somewhat mitigated. Of course it can still create its own set of problems, with daily price changes resulting in timely and therefore costly price updates and renegotiation. For certain shippers it enables them to get the best deal, assuming only price is considered, whilst those that do require rate stability are rarely certain that agreements will not be broken at a later date.

The market needs to ask itself – does it actually want rate stability and certainty, or do major players in the industry thrive in their absence?

Clearly, carriers could benefit from, at the very least, contractual obligations which would limit the ability of customers to play the system to carriers’ detriment. But would this win support from shippers now used to the current set up?

One solution being considered is the potential for a freight exchange. Shippers (buyers), required to post collateral into a central clearing account, have financially committed to deliver the pre-agreed volume to their carrier.

For the carrier, regardless of whether the volume is met they receive payment. In return, the carrier (or seller) is committed to perform on the contract and deliver a box as per a standardised spot contract.

Within a contractually obligated market, or exchange, shippers and carriers can hedge knowing that the futures position can be backed by a physical cargo movement that cannot be broken.

Hedging forward rate risk is common in many commoditised markets and allows the buyer or seller to remove rate volatility and achieve a stable future rate. Some traditionalists may argue this is too risky, why would you commit to a rate when the market could move against you they ask?

But should shippers or carriers really be judged that way for wanting to achieve rate certainty? Surely businesses that effectively manage their risk are less likely to succumb to market cycles and for proof just look at the current situation of Hyundai Merchant Marine.

It may not solve all of the industry’s woes but a contractual system could certainly be a step in the right direction on the path to change. Making this change remains in the hands of the market. After all, acceptance is the first step towards a cure.

This a guest post by Richard Ward of Freight Investor Services

Spot rates ease – but it could be too little, too late for some

Container spot rates have peaked and appear to be declining slightly on the main tradelanes, ...

The final Shanghai Containerized Freight Index (SCFI) for 2020, published on 31 December, recorded a ...