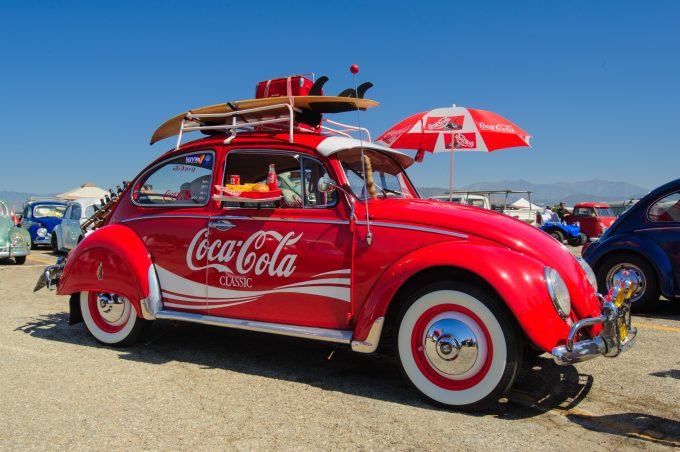 Global shipper Coca-Cola is to use bulk carriers to shift its cargo in a revision of its supply chains out of Asia – a result of the persistent congestion.

Container supply chains in Asia, the US and Europe are under stress as a result of an unexpected surge in cargo demand, following the pandemic, with delays to ships and congestion at ports exacerbating a lack of trucking and overloaded rails systems.

As a result, Coca-Cola has wound back the years, abandoning the modern container shipping system and reverted to bulk carriers, chartered to shift more than 60,000 tonnes of cargo.

Alan Smith, Coca-Cola’s procurement director, based in Southern Ireland, said on a Linkedin post that the company had chartered three bulk carriers, the 35,000dwt Weco Lucilia C, Aphrodite M which has a 34,400dwt capacity and the 35,100dwt Zhe Hai 505 to maintain its supplies.

“When you can’t get containers or space due to the current ocean freight crisis, then we had to think outside the box (or the container),” wrote Mr Smith, adding that the total cargo volume was equivalent to 2,800 teu that “would traditionally would have shipped with the shipping lines.”

At current prices, estimated at $20,000/feu, that is $28m of revenue container shipping will not get – and as the ships will head to bulk ports, it means Coca-Cola will not face the same level of delays being experienced in container handling.

Moreover, Mr Smith pointed out that the number of trucks required to move the cargo was roughly the same and that the co-ordination at either end was critical, given the high detention & demurrage (D&D) charges.

“For these [shipments], we are heading to some non-congested ports, so we are hoping for a smooth discharge. But it is a big watch-out when chartering, as the D&D per day is mega. Good co-ordination is vital on both the planning and operations side for loading and discharge,” he said.

Mr Smith added that these shipments were “the first of many, we hope, over the coming months and a prime example of excellent collaboration between our procurement teams, our supply chain partners and our suppliers”.

For more information on how shippers are changing their supply chain strategies, listen to this clip from the latest The Loadstar Podcast, from Accenture’s Sarah Banks.

Big shippers look to 'save the world', and their profit, via focus on sustainability

People in the logistics sector have their hands full these days trying to find capacity ...

Malaysia-based Ezyhaul has raised US$16m in a Series B fundraising round, one of the largest ...

“The macro view” is a brand new bi-monthly column by Aongus Buckley, a seasoned economist, ...

Logistics industry fears are growing after Brexit minister David Davis gave his clearest indication yet that ...

The world’s largest corporations are failing to work with supply chain partners on climate change, according ...