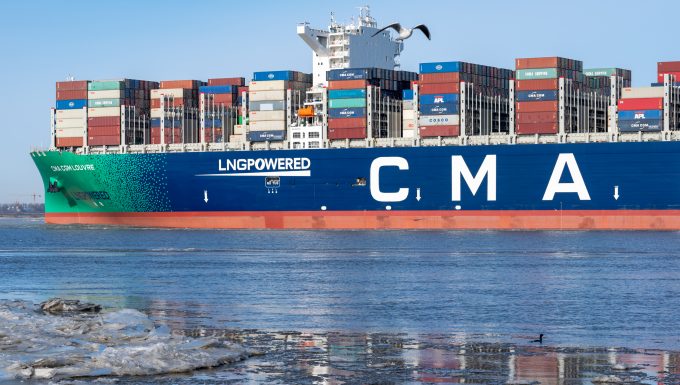 Without identifying the customer, HMD stated in a Korea Exchange filing today that a “European customer” had ordered 10 dual-fuelled (with liquefied natural gas) 2,000 teu containerships for a total contract value of $627m.

HMD said the ships would be delivered by the end of September 2024.

CMA CGM had been understood to be checking out Chinese and South Korean shipyards to build the ships, which are reportedly, the most expensive 2,000 teu newbuilds ever.

The high cost is due to the specifications; CMA CGM has asked for high-pressure MEGI engines and the fuel tanks to be mounted on the deck.

CMA CGM could deploy the ships in the Baltic Sea, following CEO Rodolphe Saade’s promise that the company’s ships will not transit Russia’s Northern Sea Route, due to environmental concerns.

The newbuilding order was disclosed a day after CMA CGM posted a net profit of $5.6bn for Q3, making it the highest-grossing liner operator for the period.

The delivery of 13 newbuild vessels this year has lifted CMA CGM back above China state-owned carrier Cosco, to third-ranked, in capacity terms, by a current margin of 150,000 teu, at 3.1m teu.

The French company has also been actively buying second-hand ships, acquiring 49 vessels of 800,000 teu in the last 15 months.