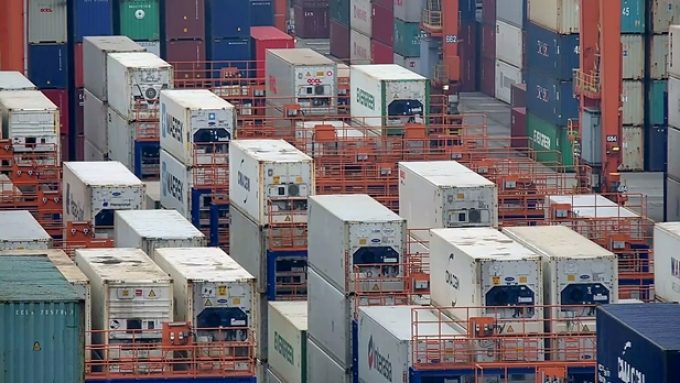 An analysis of some 1,340 ports by researchers at the Environmental Change Institute (ECI) found 40% are exposed to ‘maritime’ hazards, including tropical storms and flooding.

According to the study, port-specific risk, whether arising from geological risks such as earthquakes, or man-made climate change, amounted to a median of around $7.5bn a year.

Of this, around 32%, or $2.4bn, arose from the risk of tropical cyclone impacts, which were, according to the study’s findings, the leading single hazard globally. This was followed closely by river flooding, at $1.9bn, and coastal flooding, at $0.8bn.

The numbers represent a median of annual financial risk, quantified in US dollars, said the ECI, which is part of Oxford University.

The possible damage in each catastrophic event could range higher or lower. Ports in western Europe were found to be particularly vulnerable to fluvial and coastal flooding, suffering from “…the location of rivers and occurrence of extreme coastal water levels on the one hand, and the local presence of flood protection standards, or lack thereof, and the freeboard of the terminals on the other hand,” the study identified.

Meanwhile the port of Houston and Shanghai appeared to face the biggest potential risk from all causes. China, South Africa and Norway appeared to be hotspots for risk of logistics losses specific to cargo, which would make the biggest impact on cargo owners, rather than on ports.

Ports should consider “…the orientation and design of breakwaters when exposed to extreme waves and surges, and the drainage system when exposed to fluvial and pluvial [rainfall] flooding,” said research lead Jasper Verschuur. “If that doesn’t happen, we could see major disruptions to global trade and supply chains.”

In one recent example of supply chain disruption, the recent cold snap in the American Midwest caused a deterioration in on-time delivery performance from 74% on 22 December to 37% two days later, according to Project44 data.

Recent findings on storm preparedness by TT Club identified many quay cranes which are not specified with storm pins and storm tie-downs, leaving them vulnerable in the event of cyclones or tropical storms. The group also highlighted the importance of ‘pyramiding’ container stacks, making them much less likely to topple.

“Altogether, our study shows ports are at the forefront of climate impacts,” said Mr Verschuur. “It underlines adaptation of ports is urgently needed, and quantified risk analysis, as presented in our paper, can help in prioritising investments and help make the business case to accelerate adaptation finance.”

Dr Stefan Ulreich, a specialist in the effects of climate change on coastal flooding and erosion at Hochschule Biberach University, told The Loadstar: “Basically there are two schools – fail-safe, build very expensively to achieve constructions that are able to cope with very adverse weather (but certainly not all cases); or safe-fail, build in a way that ports will suffer from the cyclone, but within a few weeks the infrastructure can be rebuilt.”

Dr Ulreich predicts it will be easier to insure against storms as the industry adjusts.

“Since it happens more often, insurance learns faster about losses and can more easily calculate the premium… One can learn from similar weather conditions in other areas, for example, Texas and the Midwest in the hurricane season.”

Dr Ulreich predicts that ports will change their architecture to better adjust to the new climate normal.

“It could make sense to think more about floating infrastructure and keep a lower part of the needed construction land-based,” he said.