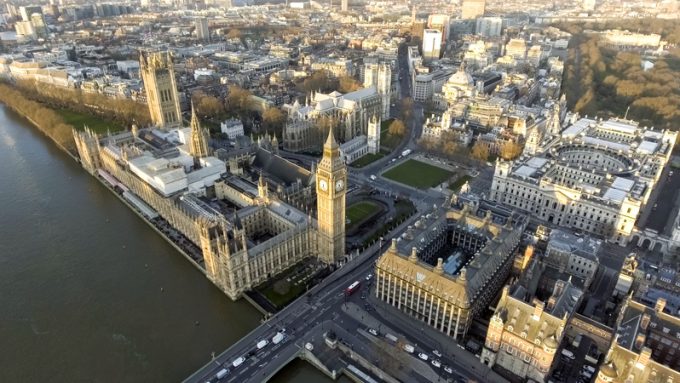 Calling it a freight capacity subsidy, Mr Dove-Seymour said: “What we saw was a drop in demand across the freight sectors, and operators responded to that by laying-up vessels in a sector which typically operates with excess capacity.

“So there never was an issue with capacity – many operators continued sailing and the required capacity was still there.

“Our issue is that, in an environment where there was no initial threat to capacity, should the government intervene in a market where there is no need for it to do so?

“That doesn’t mean there isn’t a case where some sectors need support, such as the passenger sector, but it’s important not to confuse that with the need for freight capacity,” he said.

The key issue for most of the operators that received government funds – including P&O Ferries, DFDS, Brittany Ferries, Stena Line and Eurotunnel – was that their services carry both passengers and freight, and the dramatic decline in passenger numbers due to social lockdowns threatened the viability of continuing to carry freight, especially essential goods such as food and medicines.

With passengers numbers still way below pre-Covid levels, ferry companies have also announced large numbers of redundancies in their workforces, and MP Grahame Morris asked: “Surely government support of the industry is vital, given the scale of job losses?”

Mr Dove-Seymour responded: “Our concern about the freight capacity subsidy is whether it was a necessary use of public money to support freight routes.

“It could have been done through loan financing, for example, but that doesn’t mean it should be dressed up as freight capacity support when it was about protecting jobs.”

Committee chairman Huw Merriman told him: “Your organisation could have applied for the grant, and £35m is a drop in the ocean in terms of government spending in response to the coronavirus. So it strikes me as a little mean-spirited to launch a legal action…

“Given what has taken place since, are you minded to drop the action?”

However, Mr Dove-Seymour claimed the recipients of the package demonstrated that government still did not fully understand the structure of UK-continental Europe shipping.

“Our concern is about the impact of government intervention where it is not necessary. The transport department took this action but did not look at the whole sector, and it needs to fully understand what is going on – for example, the lo-lo market was excluded and that makes up around 20% of UK-Europe freight capacity.

“If the government want to support the shortsea shipping market, it needs to fully understand it.

“We will obviously look at the announcements about the end of the scheme, and I can assure the committee that we don’t pursue legal action for the sake of it – the driving aim of the action is that we thought the grant was wrong and should be stopped.

He said CLdN had experienced a volume decline of about 30% in the initial phase of the pandemic, and in response had laid-up five vessels and adjusted its sailing schedules. He said the company was seeing “upward trajectory in June and the early part of July, where the year-on-year reduction is about 15%”.