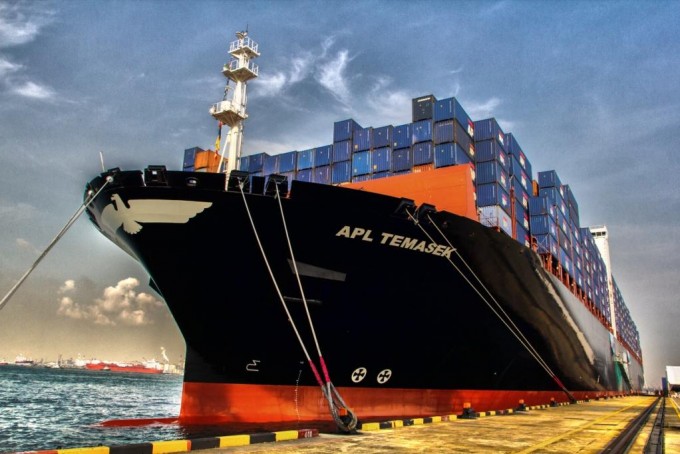 APL and parent company CMA CGM announced today that from 1 June, the 40ft FAK rate would be cut by $100 to $1,800 for the Le Havre-Hamburg range of ports and to $1,850 for the UK ports of Felixstowe and Southampton.

The decision follows Maersk Line confirming last week it would lop $300 off its 40ft rate from the middle of this month.

According to The Loadstar’s forwarding contacts, most other carriers immediately matched the Maersk move with immediate discounts on existing agreements.

“It looks like Maersk may have started another rates war,” said one source. “I have had several calls offering discounts since the news broke last week.”

The impact from the slide in rates will hit ocean carriers hard in the second quarter, after a generally satisfactory first three months. Indeed, during the Hapag-Lloyd Q1 earnings call last week, chief executive Rolf Haben Jansen gave a nod to the pressure on results in the second quarter.

He said: “I would not be disappointed if the result would be a little bit lower in Q2 that it was in Q1.”

The soft market headwinds in Q2 will add more pressure to serially unprofitable carriers such as Yang Ming and HMM, which posted losses in the first quarter, albeit recording improvements on the previous period.

And there was also bad news for carriers serving the transpacific market, with the US west coast component of the SCFI recording a 7.1% drop to $1,340 per 40ft, following an 8.1% slump the previous week.

Rates from Asia to the US east coast also fell, by 4.2% on the week, to $2,597 per 40ft, having been supported in previous weeks by tighter capacity resulting from temporary draught restrictions on the Panama Canal.

And with the trade negotiations between the US and China in a state of flux – and the rhetoric suggesting a further escalation of tit-for-tat duty skirmishes – transpacific headhaul shippers have no idea if new 25% tariffs on Chinese imports yet to be targeted by the Trump administration will be rolled out on 1 June.

In fact, digital start-up Freightos reported today that air freight searches had spiked by 35% as BCOs researched options for possible last-minute attempts to beat new tariffs imposed by the US.

George Griffiths, editor, global container freight market, at S&P Global Platts, noted that importers with containers loaded on ships discharging at US east coast ports on or after 1 June could be hit hard if the US followed through with the new tariffs.