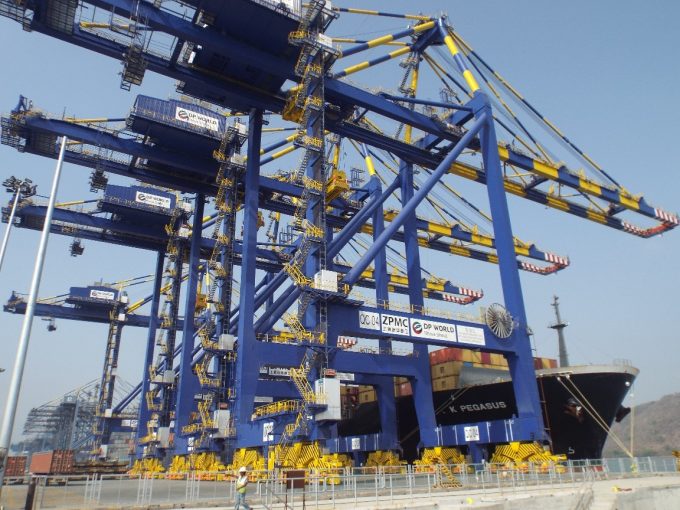 With heightened service reliability challenges, MSC is increasingly concentrating Indian calls in Mundra Port, instead of multiple port calls that had become an industry strategy to maximise cargo volumes.

That consolidation has seen many sailings on MSC’s premier routings under its US East Coast and Europe networks skipping Nhava Sheva/Jawaharlal Nehru Port Trust (JNPT) in recent weeks.

After several Nhava Sheva vessel skips earlier this month, the Geneva-based liner has now notified customers about an upcoming omission on its India-US Service (INDUSA) for early April.

“In view of severe delays faced at the previous ports of call, and to enable it to maintain the schedule integrity, MSC Rosa M, voyage IV211A, will be forced to skip the Nhava Sheva call, and will proceed to call Mundra,” the carrier noted.  The MSC Rosa M is one of eight ships deployed on the weekly string.

MSC’s India-Europe connections – the Himalaya Express (HEX) and IPAK – have also missed or are due to miss Nhava Sheva calls. In addition, the IPAK’s third Indian port call at Hazira has been disrupted.

Amid the schedule disruptions that look set to persist, Indian exporters have a harder time shipping goods out of the country, even though the flow of empty containers into the Indian market has expanded substantially over the past three months, as carriers saw greater export lifting opportunities towards the close of the fiscal year on 31 March.According to data collected by The Loadstar, empty imports via Nhava Sheva were up 20% in the December-to-February period, compared with the prior three months. The equipment repositioning via Chennai Port has also gained traction, landing some 78,000 teu of empties between April 2021 and February 2022 in the port.

However, growing transhipment delays at Colombo Port in Sri Lanka, as a consequence of the economic crisis plaguing the island nation, and predictable ocean capacity strains from new Covid lockdowns in China, have only made market conditions more unstable for Indian shippers.

“For months, European shipping lines have been facing congestion problems and volatile global situations [fuelled by the Russia-Ukraine crisis] have worsened them,” Sanjay Bhatia, co-founder of digital freight broker Freightwalla, told The Loadstar.  “Shipments that would typically take a two- to four-week window from booking to sailing are being pushed to 6-8 weeks.”

“These delays have yet to reach a stage where they would cause delays to the mainliners. However, inventory levels are increasing and, if the delay in the supply of fuel for trailers to the port increases, we may see some delays creeping in for the mainliners as well.”