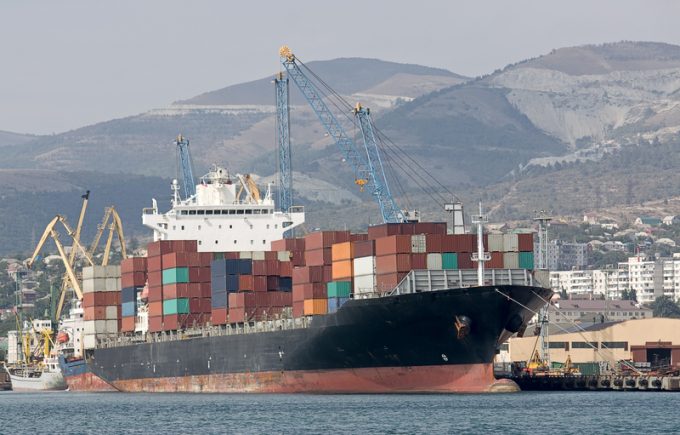 Ocean carriers have been quick to redeploy intra-Europe tonnage from Russian services to regions where capacity is in short supply.

However, any surplus tonnage will likely find its way onto the charter and/or S&P market where there is significant demand.

According to Alphaliner data, carriers have withdrawn some 10,000 teu of weekly capacity after international sanctions forced the suspension of most Baltic services to Russia.

“Vessels that have become redundant in the Baltic trade are more than welcome on transatlantic routes, where several carriers have already organised sailings outside their alliances, as they are short of space,” said the consultant.

A carrier source told The Loadstar today that suspending its St Petersburg North European loop was “a silver lining” in the crisis.

“It’s given us a lot of operational headaches associated with in-bound Russian imports, but it has freed several ships that are desperately needed on other trades,” he said.

Indeed, carriers have so far deployed the unwanted ships on a mixture of new assignments, including transatlantic extra loaders, ad-hoc feeders and new services. Alphaliner said it had counted 13 extra sailings from North Europe and the Mediterranean to the US east coast.

MSC has taken the opportunity to launch a new weekly service from the Baltic Sea to US east coast ports, commencing at the end of the month.It said the service, understood to be operated by 4,000-6,000 teu ships, will call at Klaipeda, Gdynia, Gothenburg, Bremerhaven, New York, Philadelphia and Norfolk.

“The Scan Baltic-to-US service connects with MSC’s broad European shortsea and intermodal networks, opening new opportunities for exporters across the region and enhancing support for the automotive, furniture and frozen and sea food industries between the Scan Baltic and the US,” said the carrier.

Meanwhile, feeder operators that service the hub and spoke requirements of their carrier clients have also been swift to readjust networks, with leading operators X-Press and Unifeeder reassigning ships to other services.

However, one charter market shipbroker source told The Loadstar he thought the culling of Russian services could mean some ships being returned to owners at the end of their charters and, therefore, “we will have something to sell”.

He added: “At the very least, it will mean charterers will think twice about taking up options to extend their periods.”

Ocean carriers are still seeking long-term storage options for Russian imports from Asia that were loaded before the invasion of Ukraine and sanctions. According to Alphaliner, Maersk has started to consolidate its frustrated Russian imports at the Danish port of Kalundborg.

It reported that the small port, 90km west of Copenhagen, had received a call from the 3,596 teu ice-class Vaga Maersk, which discharged a full load of Russian import containers.

Other carriers are looking at the Belgian port of Zeebrugge and Germany’s Wilhelmshaven as storage options.