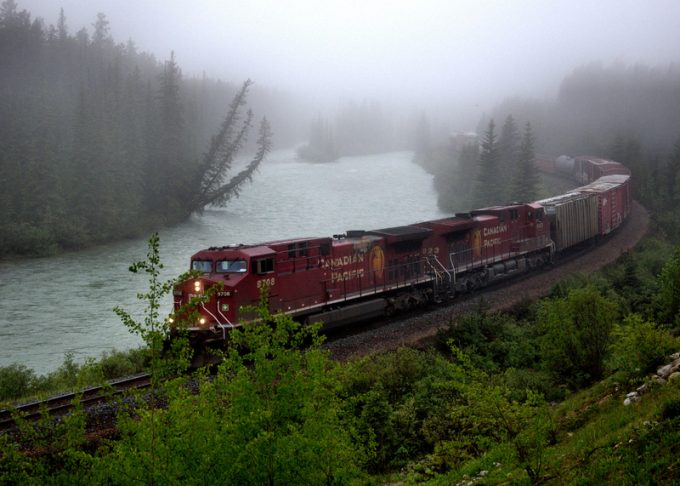 TCRC president Doug Finnson added: “CP is offering more of the same contract language workers just voted to reject. The company clearly isn’t serious about reaching a negotiated settlement and delivering on their promise to do right by their employees.”

While the TCRC has given assurances that commuter services in Montreal, Toronto and Vancouver would not be affected, there is concern the strike may force the carrier to suspend freight services.

The union said: “Negotiations with the company are ongoing, The Teamsters are committed to working with federal mediators and reaching a negotiated settlement. The union is willing to remain at the bargaining table during the strike.”

The carrier has yet to respond to a request for comment from The Loadstar on the TCRC action, but  following the IBEW agreement, CP chief executive Keith Creel thanked that union’s bargaining committee for its “hard work and creativity”.

He added: “We have come through a number of challenging years to become an operational leader; I look forward to working with this union to become the employer of choice.”

Senior general chairman of IBEW Steve Martin said while negotiations had been “difficult”, it was a “good deal” for the union’s membership.

Vancouver Airport is building, but slowly and may miss out on a 'golden opportunity'

The Canadian National rail strike has come to an end one week after workers downed ...

Uber is turning up the heat in the online grocery delivery sector. Its acquisition of ...

Canadian shippers are getting nervous about the strike at CN, the larger of the nation’s ...