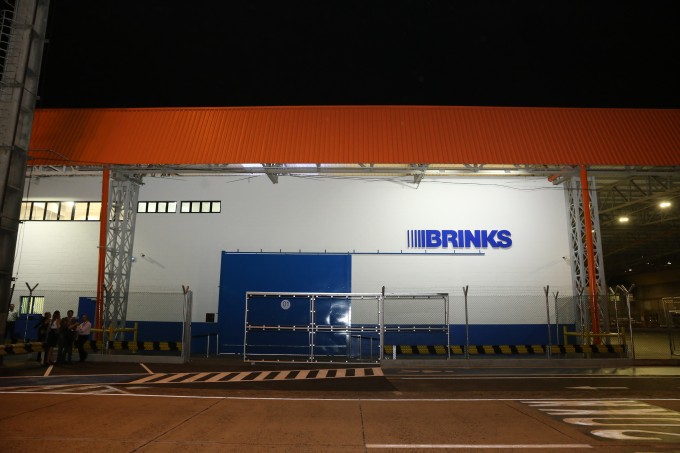 Brazil’s Viracopos Airport is eyeing a business boost from more-valuable cargo that has special handling requirements.

With the aid of security specialist Brinks, the airport has turned part of its cargo terminal into a kind of Fort Knox, with a near 1,600sq metre area becoming a high-security “super safe”, which opened for business on April 19.

According to Adam Cunha, assessor of the airport’s cargo business, the high-security structure is the only one of its kind in Latin America.

He said that to attract a growing share of the healthcare and pharmaceutical traffic, Viracopos was working to burnish its credentials.

“We have signed a contract with IATA for CEIV and are in the prep stage for certification.”

Brazil has established itself as the leading healthcare business arena in South America, both in terms of imports and production of pharmaceuticals for domestic consumption and export. And next on Mr Cunha’s agenda is the construction of a refrigerated centre for export cargo, which should pave the way for perishables traffic.

“No flowers, fruit or fish come here. We get some pharma, which comes in reefer trucks,” he said.

For Viracopos, there is a strong incentive to cultivate its share of high-end cargo flows. Its revenues are based on the value of the goods that pass through its facilities, not on the tonnage shipped. Moreover, the commercial value is on a US dollar basis, so the weakness of the Brazilian currency impacts the airport’s balance sheet.

Last year, Viracopos cargo revenue climbed 14%, despite a painful reduction in throughput – tonnage handled at the airport in 2015 fell 20%.

While the exchange rate was a factor, said Mr Cunha, he attributed the rise in revenue to the strong emphasis on pharmaceuticals, electronics and other high-value commodities. The decline in tonnage was largely driven by drops in automotive traffic and spare parts for agriculture equipment, which accounted for 60% of the shrinkage.

The drop in throughput is a cause for concern for Viracopos. When the Brazilian government decided to open the nation’s largest airports to privatisation, the new vision for Viracopos, which had essentially been the freighter airport of Sao Paulo, was to stretch its wings and attract international passenger traffic, which had flowed through Guarulhos airport.

In addition to building up passenger business, this would add more spokes for a cargo network, allowing Viracopos to position itself as a regional hub rather than just a gateway for cargo in and out of the Sao Paulo region.

However, the downturn in the Brazilian economy has hurt passenger business too and forced international carriers to consolidate their operations. One victim there was American Airlines’ flight between Miami and Viracopos.

Now the Brazilian gateway is facing competition going in the other direction. In February, the city of Guarulhos announced an incentive programme to attract freighters. Carriers that operate a regular route to an overseas destination at least on a weekly basis are eligible for a full exemption on the landing fee for one year.

Building up its credentials for high-value cargo is becoming ever more important for Viracopos.

As the air cargo industry gears up for Covid-19 vaccine distribution, there are concerns that ...

The air cargo industry’s focus on standardising high-value verticals over the past few years has ...