News / Box ships set for a cull, but smaller vessels the most likely to get the chop 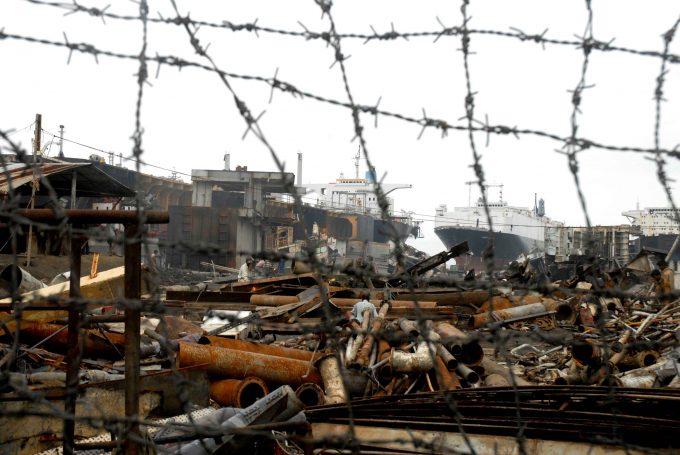 A period of aggressive vessel scrapping will be required to address a looming “severe risk of overcapacity” in container shipping.

But the likely demolition candidates are in the smaller sizes, where newbuild orders are sparse, says Alphaliner.

The lack of investment in replacing smaller containerships in recent years, in comparison to the rush to order ULCVs, has resulted in the industry becoming ‘top heavy’.

And the consultant says there is “zero potential” for the scrapping of ships between 12,000 and 24,000 teu, given their much younger ages.

The orderbook stands at 7.3m teu, representing 28% of the global fleet, with another 2.3m teu expected to be delivered next year and 2.8m teu stemmed for 2024.

Scrapping has been virtually non-existent in the containership sector this year, with strong demand, port congestion and elevated daily hire rates continuing to support deployment of every serviceable vessel.

However, with demand collapsing on several tradelanes, particularly since China’s Golden Week holiday at the start of the month, the inactive fleet is set to spike dramatically in the coming weeks as carriers off-hire as much chartered in tonnage as possible and idle some of their own ships.

“As the world edges toward what could be a lasting recession, with an anticipated drop in seaborne trade, the market will likely not be able to absorb such a flood of newbuilding capacity,” said Alphaliner.

The consultant said the IMO’s CII (Carbon Intensity Indicator) regulations that come into force for shipping next year could have some effect on vessel supply, as non-compliant ships would be forced to reduce speeds to meet the new standards, which could advance a shipowner’s scrapping options.

However, the jury is out on the impact of the CII regulations, given that many ships already operate at well below original service speeds to conserve fuel.

“Demolition will be the main way to cut supply and mitigate overcapacity risks,” said Alphaliner, “but it remains to be seen how much of the fleet could effectively be torched, considering its average age of just under 14 years.”

According to Alphaliner data the global cellular containership fleet comprises 5,627 vessels, for a total capacity of 25.5m teu, with an average age of 13.5 years.

However, that average is skewed by the oldest ships being in the smallest sizes, with for example small feeder vessels of 500 to 999 teu having an average age of 17 years, including 239 ships that are 20 years old and above.

Across all the sizes, Alphaliner calculates a total capacity of 655,149 teu of ships of 25 years of age and older, but if the barrier was lowered to include, say, ships over 20 years old, that figure would jump to around 2.5m teu.

Assuming demolition prices persuaded shipowners to send their ships to the scrapyards and that the recycling market supported the big influx of ships, even a record figure of 2.5m teu of containership scrapping during 2023 and 2024 would be insufficient to mitigate the tsunami of newbuild tonnage expected to hit the seas in the next two years.