Border control chaos for trucks: 'crossing the iron curtain would be easier' 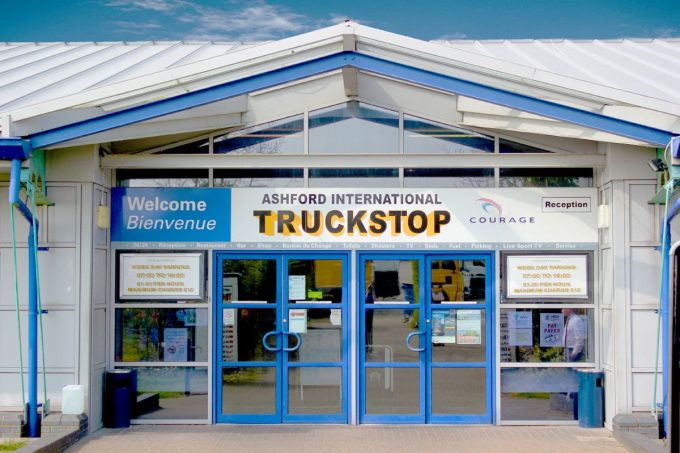 The UK Border Force is being called on to vacate a temporary border control post at Ashford International Truck Stop and move to a permanent location as soon as possible.

One source noted that because trucks waiting for paperwork to be finalised by Border Force are charged after two hours , drivers are looking for other nearby areas to park, including space reserved for private customs agency clients.

“This means our clients can’t get in to be served and are finding themselves turned away by police. In one instance a driver had to take an 80-mile round trip,” the source said.

“I do not blame the drivers, it is as frustrating for them as it is for us, because they have nowhere else to go and they have no facilities – they’re finding places to wash and use the loo, including squatting by the side of the road.

“This is the result of government not being ready, the permanent border inspection post had not been completed on time. The French and Dutch were ready, why not the UK?”

The Secretary of State for Housing Communities and Local Government struck a deal with the temporary site’s owner, GSE Truckstop Developments, to lease the space until 31 October, after it became apparent a permanent control post would not be ready before 1 January.

A spokesperson for GSE told The Loadstar the agreement was subject to a 30-day notice period, with no plans in place for renewal.

The source told The Loadstar the operation at the site was a “comedy of errors”, creating congestion and leading some drivers to suggest that “crossing the iron curtain” would be easier.

“Border Force has screwed up entirely, they need to be gone as quickly as possible and then things will hopefully get better,” said the source.

“The operation they have is being staffed by newbies who don’t know what they’re doing – not through any fault of their own – and are having to be trained on the job, which is causing logjams, meaning nothing is getting through – even the signs are wrong.”

A dedicated truck stop, the site at Ashford provides space to park 630 trucks and facilities for drivers for overnight stops, or while they wait for paperwork to be completed.

The source said if the space was released to that previous function, “the private operators would be able to clear 500-plus trucks a day. Border Force leaving now will clear space for agents to operate effectively and take on more of the HGVs that are struggling to clear their exports”.

“More importantly, the extra capacity will enable hauliers that are currently staying away from the UK to start shipping with increased confidence.”

Fears are now growing that Border Force, expected to have its permanent facility up and running next month, will ‘mothball’ the Ashford International Truck Stop site for rest of the lease, in case it needs the space again.

The source said: “What we’ll be left with is a mothballed site possibly costing the taxpayer £5m a year, and a border inspection system that continues to struggle – it’s a national embarrassment.”