Bigger ships, smaller shipments... a circle that needs to be squared 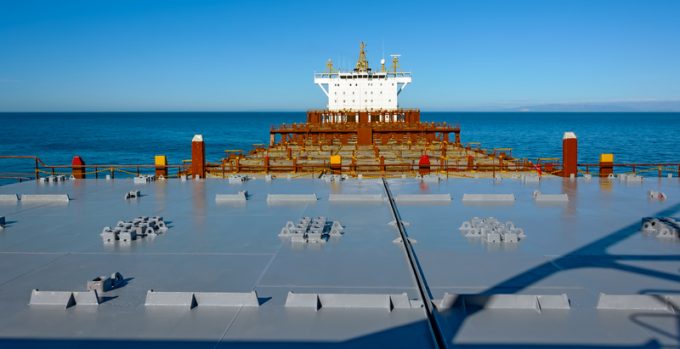 There was something profoundly weird about The Loadstar’s leading news items yesterday. They appeared totally at odds with one another.

On the one hand, it now appears that shipping giants MSC and CMA CGM are building vessels that will nearly reach 24,000 teu, leading Alphaliner to create not one but two new asset classes of box ship – the Megamax-24 for the 23,500 teu vessels the two lines have under construction; and the Megamax-23 class of 18,000-21,000 teu.

Anything from 14,000-18,000 teu is now an ultra-large container vessel (ULCV)… if carriers ever build anything bigger, the English language is in danger of  running out of superlative adjectives.

On the other hand was the view of Li & Fung supply chain veteran Tommy Lui that full container loads are disappearing from shipping manifests as e-commerce demand drives the need for smaller shipments.

“Even big-box retailers are not able, or not willing, to trade in big orders with the supplier on a FCL basis,” he told our reporter.

So the future is in less-than-container load, which admittedly is a prospect more apparent since the onset of the financial crisis, when retailers and other major shippers discovered that inventory ties up a hell of a lot of working capital.

There’s a circle here that needs to be squared, and the old adage about ‘having to work harder to do more of less’ seems appropriate (or to quote W1A, the BBC’s brilliant satire on the BBC: “Identifying what we do best and finding more ways of doing less of it, better”)

In short, if you thought filling a big ship with containers was difficult, try having to first fill the containers themselves…

Obviously, this is work for freight forwarders and whatever contempt for them carriers might hold, it would appear they are going to be more reliant on forwarders than ever in the coming years.

Dachser has launched an expedited China-US less-than-containerload (LCL) service to help shippers cope with the ...

As ocean freight rates from Asia to Europe begin to show tentative signs of declining, ...

Ceva Logistics has launched a “rapid” less-than-truckload (LTL) service between China and South-east Asia. With Shenzhen ...

The shortage of containers in major tradelanes is driving demand for less-than-containerload (LCL) solutions. With boxes ...

Soaring airfreight rates have left some commodities on the ground, but expedited ocean services offer ...