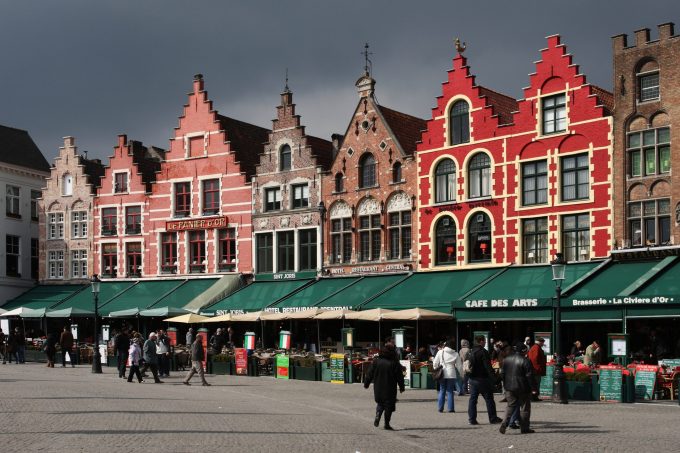 Belgium has sought to shore up economic relations with the UK with a four-day trade and political visit, led by Princess Astrid.

Long-term figures suggest a substantive hike in UK trade volumes with Belgium since Brexit, up 11.5%, amounting to some £45.5bn, and minister president of Flanders Jan Jambon is keen to further strengthen ties with his region.

“The UK is Flanders’ fourth-largest export destination and we are one of the top ten global trading partners for the UK,” he said. “Our ports are very much oriented towards the UK market.

“We will do everything in our power to ensure the continuation of this strong and long-standing connection and exchange between our two nations, even if this is now outside the framework of the European Union.”

However, a spokesperson for the European Shippers Council said more immediate figures indicated a less-positive performance for European imports.

Until the first quarter, the UK was Flanders’ seventh-largest import partner, but over the three months to April this had dropped to eighth, with the spokesperson citing uncertainty tied to Brexit process as a cause.

“Many complaints are still received on divergence of ‘systems of origin’ legislation,” the spokesperson told The Loadstar. “This has a consequence that EU traders cannot use EU origin statements, which hampers the distribution function.

“It remains to be seen if the postponement of the phytosanitary phases of the UK’s Border Operating Model will relax the market.

“But with tension over the UK’s position on Northern Ireland increasing, I am not extremely positive on resolving trade flows.”

Nonetheless, Belgium’s Princess Astrid’s participation in the trade mission has shored up belief among many that the Belgians consider fostering stronger post-Brexit ties with the UK as a central pillar of the country’s trade future.

British Chamber of Commerce, EU and Belgium, CEO Sue Arundale said there was “no doubt” Belgium was positioning itself as the UK’s “point of entry” into Europe.

“Belgium is very, very pragmatic, regardless of what’s happened, it is not seen by them as a disaster, nor are they taking it personally, rather they are seeing this as an opportunity,” Ms Arundale told The Loadstar.

“In Flanders in particular, where the ports are based, there is the proximity, historic ties, the facilities and the means to make this work.

“The trade mission confirms their belief in the relationship – the trade mission was cancelled twice – the fact that Princess Astrid was part of it, all over London tirelessly investing her time with her team, proves this.”