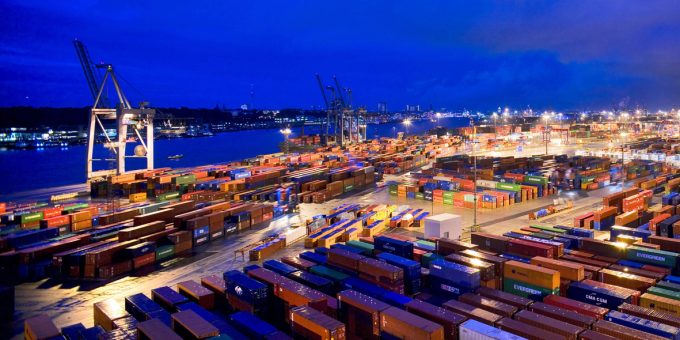 More work is required to address the issues of overcapacity and weak growth in the container shipping sector, according to speakers at the Intermodal Europe 2016 event in Rotterdam, which opened today.

Michel Looten, director of maritime for Seabury Cargo, said that while forecasts predicted growth of 1.5-2% for 2016, it was a performance that could hardly be deemed a success.

“Currently, we have recorded container shipping [volumes] as being up 0.9% year-on-year – while undoubtedly good news against last year’s performance, we can hardly consider this healthy,” he said.

“We too are predicting growth in the region of 1.4%, but this year can best be characterised by the bankruptcy of a major line and one of falling rates,” he said.

Despite increased scrapping and M&A activity and the redrawing of alliances, Mr Looten described carrier financial results as “dire”, noting that of all the lines that released third-quarter results, Hapag Lloyd was alone in showing growth, with yield per teu down across the board.

“Hapag has benefited from being a well-run company and, while I have not fully analysed the results, I would expect its growth to be the result of its trade mix,” he added.

Mr Looten said that, in the long run, container shipping would benefit from the increased amount of M&A activity over the past 12 months.However, for those involved “it may present a short-term problem,” he said.

Both speakers agreed that reducing capacity by scrapping economically redundant ships was a step in the right direction.

“Since the start of the year, we have seen more than 500,000 teu removed – we have also seen the average age of scrapped ships drop to 19 years, with some as young as 10,” said Mr Looten.

He added that during the last quarter there had been a stabilisation in the level of supply, which had coincided with modest growth in demand. But he said: “I do not expect this to last next year, however, as we are expecting new ships to enter into service.”

Looking to 2017, Mr Looten said alliances would take a larger percentage of a market expected to grow at a rate of 2-2.5%, with just 16% of active players not part of a shipping alliance.

Mr Garratt believed the alliances would concentrate on fewer regional ports and expected routes to be monopolised by certain groupings, with the possibility that the Ocean Alliance could control an almost 50% share of transpacific routes.

“As such, alliances may enjoy a competitive strength over ports and stevedores, making the quality of intermodal feeder networks a crucial device for attracting them,” he added.