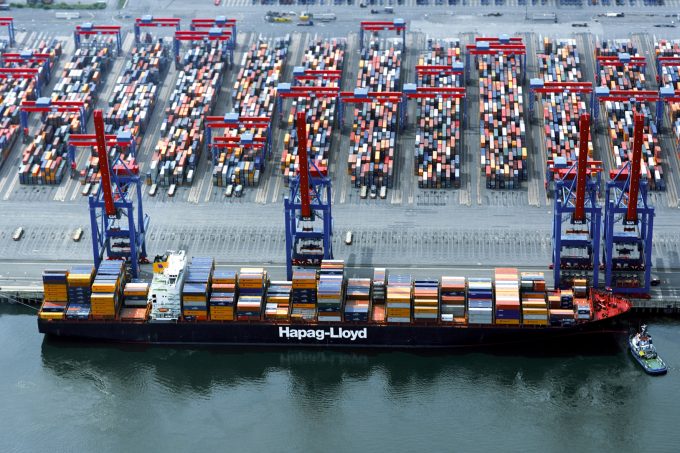 Freight forwarders in Australia fear shipping major lines, including Hapag-Lloyd and Maersk subsidiary Hamburg Süd, are planning to build a database of their clients to deal with the shippers directly.

According to one forwarder The Loadstar spoke to, some carriers are refusing to accept cargo unless the forwarder agrees to book the domestic inland trucking with the carrier, thereby providing the shipper details.

Desperate forwarders fighting for space have no alternative but to agree to these terms, but on the understanding that the shipping line does not contact the forwarder’s client directly.

But every time, said the forwarder who preferred to remain anonymous for fear of carrier reprisals, the carrier had immediately contacted their client.

And when the forwarder complained to the line, its representative effectively shrugged, saying: “This is how we do business now.”

But a Hapag-Lloyd spokesman denied there was coercion: “Inland haulage is a part of our service offering in Australia, but we are in no way, shape or form insisting on customers using this offering to secure bookings or space on our services.”

A Hamburg Süd statement sent to The Loadstar also rejected the claim that forwarders were being coerced into revealing client data.

“As you know, our network space is tight around the globe at the moment. On the Intra Oceania Trade we are experiencing significant capacity restrictions due to the operational disruption throughout Oceania, and we are currently unable to accommodate additional long term business due to the limited capacity.

“We are sorry that not all booking requests can be served, and we are doing everything we can to get ocean logistics back to a normal level. Our Hamburg Süd Instant product (for Maersk it is called Spot) remains open to book for any customers without any requirement of using Hamburg Süd trucking. So, from our perspective we don’t see the problems you are mentioning,” said the company.

Nevertheless, forwarders claim that so far this carrier tactic has been limited to the Australia to New Zealand trades, where vessel space is now at a premium as ships have been redeployed to more lucrative trades in the northern hemisphere.

“My fear is that in six to 12 months’ time, when the market turns, the carriers will go back through the database, contact our clients, build a relationship with them and quote directly. If that’s the case, then why would you need a freight forwarder?” said the forwarder.

He said the carrier’s behaviour was “predatory” and contrary to Australian competition law. Australian forwarders have already approached their representatives in the Freight & Trade Alliance (FTA) to make representations to the Australian Competition & Consumer Commission (ACCC).

Paul Zalai, director and co-founder of the Freight & Trade Alliance (FTA), a member of the Australian Peak Shippers Association secretariat and a director of the Global Shippers’ Forum (GSF) believes the threat from the carriers is real.

“Clearly there is a threat faced by all in the Australian supply chain, with an increased trend in vertical integration by shipping lines, stevedores and the like. While disruption to international trade logistics is inevitable, our increased focus will be to ensure all activity is conducted in compliance with Australian law.”

The Loadstar contacted the ACCC whose spokesperson said the commission was unable to comment on specific businesses or industries. However, it is responsible for investigating the competition provisions of the Competition and Consumer Act 2010.

The ACCC added that businesses were generally entitled to set the terms on which they supply goods or services, including as part of a tied or bundled arrangement.

“However, in limited circumstances, this may breach competition law, particularly if such an arrangement is done by a firm with substantial market power and that conduct materially damages the competitive process.”

The FTA’s Mr Zalai said the organisation would escalate the issue by calling for “an independent federal government review of international shipping practices and the introduction of a maritime regulator to oversee reform”.

That comes in parallel with the FTA submission to the Productivity Commission’s Inquiry on Vulnerable Supply Chains.

“Australia has world-class manufacturers and producers supported by skilled customs brokers and freight forwarders and are ready to take advantage of the opportunities created by free trade agreements and those economies recovering from Covid-19. A level playing ground is required to ensure all in the supply chain can compete and continue to efficiently service Australian trade,” added Mr Zalai.

James Hookham, senior executive at the GSF in Europe, pointed out that a similar situation had occurred in Europe in the 1990s, which was deemed anti-competitive under EU law at the time and led to the end of the carrier conference system.

This latest move by the carriers would give them visibility of shipper movements with no protections in competition rules regarding the data owner’s privacy. It would allow carriers to cut out intermediaries and, under the bloc exemption rules, which allows the lines to form alliances, they can share that data.

“This is very sensitive commercial information. If the carriers know how much cargo to expect they can manage capacity on the trades and push up rates,” explained Mr Hookham. We need a data protection act for the shipping industry, he added.