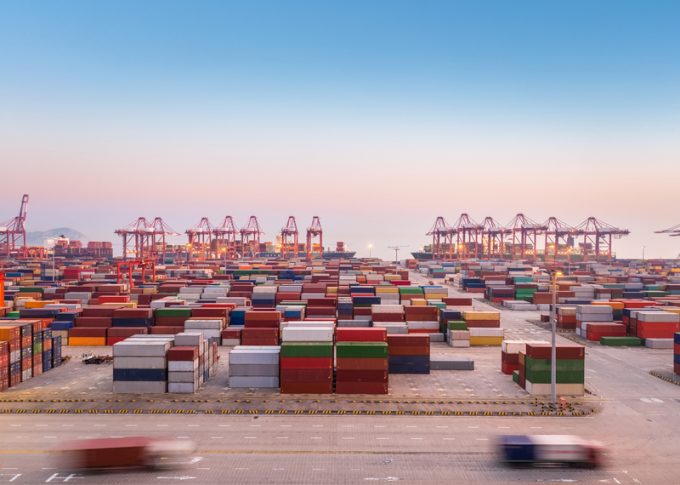 There seems to be no limit to what some shippers are prepared to pay to get containers onboard sailings from Asia to Europe and the US.

This week it appeared rate ‘offers’ in excess of $20,000 per 40ft are common on both tradelanes.

Indeed, The Loadstar has seen spot rates on offer from a top-five carrier this week for late July shipment from China to Felixstowe of $21,000 for a 40ft HC.

And there are anecdotal reports of premium space and priority discharge guarantee rates to the US west coast trending even higher.

However, the majority of shippers are still paying much less – even on short-term deals – closer to today’s Freightos Baltic Index (FBX) spot market readings of $10,979 for North Europe and $6,905 to the US west coast per 40ft.

Moreover, many shippers have contracts agreed with carriers at considerably lower rates.

“Make no mistake, while some shippers are hurting very badly, others ‘only’ hurt somewhat,” said Lars Jensen, CEO and partner at Vespucci Maritime.

“This is a competitive advantage (relatively speaking) where some importers will gain market share at the expense of others. In other words, some shippers can turn this temporary pain into a long-term strategic advantage,” said the analyst.

“We see and hear about sky-high rates in the media, but these headline rates are not what we are seeing from our customers’ data,” Mr Berglund told The Loadstar this morning.

“I’m sure these rates do exist in the market, but they are the exception not the rule and, in general, carriers are actually charging their shippers much less,” he said.

“One of the highest average rates reported was $1,525 per teu by OOCL, with others such as Maersk reporting an average rate for the period of $1,331 per teu. So that doesn’t suggest that too much of their volumes are at these highly elevated rates,” he said.

Nevertheless, the temptation for carriers to go after premium-rated business instead of honouring MQC contracts is obvious, and Jon Monroe, of Washington state-based Jon Monroe Consulting, argued that the liner market had developed into a “free-for-all”.

“Rates are changing every two weeks, with port rotations not matching schedules and shippers paying whatever the market will bear in that particular week and, in some cases, on that particular day,” he said.

The consultant added that it did not seem to matter if the BCO had an advanced booking that had been confirmed by the carrier.

“That can be cancelled in order to onboard a higher-paying customer,” alleged Mr Monroe, adding that customer-carrier relationships appear to be at an all-time low.

“Trust takes a long time to rebuild,” said a UK forwarding contact, “best to take note of those who do try to help and reward them with your business when you can.”