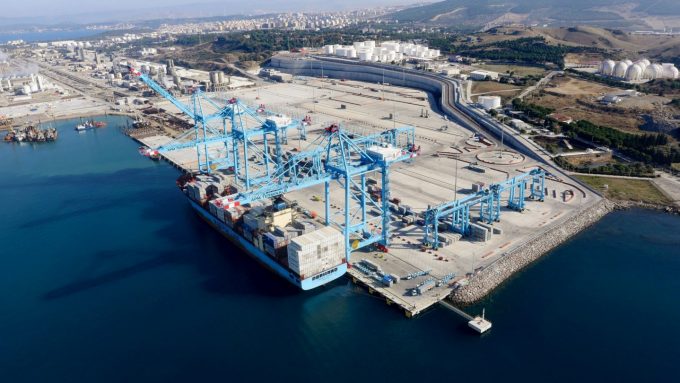 APM Terminals is selling its stake in Turkey’s Petlim container terminal, near Izmir, having reached an agreement with majority shareholder Socar.

The deal continues the terminal operator’s strategy to exit operations in which it does not hold a controlling stake: the past year has seen it sell its stake in a Zeebrugge terminal to Cosco and quit the Brazilian port of Paranagua.

APMT said: “Over the last two years, APM Terminals has contributed to turn the Izmir Aliağa Terminal [Petlim] into the most modern container terminal in the area. We believe Socar will further develop the terminal,which has not only achieved excellent safety standards, but also the highest berth productivity in the area.”

In 2012, the operator announced it had signed a 28-year deal to run the terminal on behalf of Azerbaijani state oil company Socar, which then held a 70% stake in the operation.

Last year, the terminal entered the second stage of a major expansion push, which has seen it double its capacity to 1.5m teu.

APMT added: “As part of the sales agreement, APMT will continue managing the terminal, ensuring needs from both shipping lines and landside customers are catered for. In the new structure, operating company Petlim will be fully owned by Socar Turkey and managed by APM Terminals.”

An APM Terminals spokesperson said the management contract was “long term” and would commence when the change of ownership was complete.

Following a $450m investment in developing the facility, the terminal welcomed its first containership towards the end of 2016.

The sale is subject to regulatory approvals and is expected to be finalised in the coming months.

M&A radar: Expeditors, the 'Agility' nobody could get (yet)

Reasonable. Totally understandable. Yet beware the snake from Seattle.