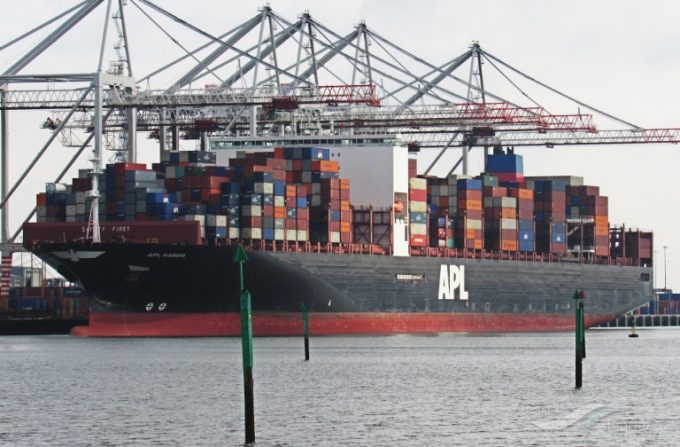 And the market is expecting further contractions in the coming weeks, before a bounce-back later in the year.

These two components have fallen 58% and 53%, respectively, in the past 12 months – however, they remain three times higher than before the pandemic.

The freight rate bear market has resulted in a flood of ‘special offer’ rates appearing in The Loadstar’s spam folder – “carrot danglers”, a UK forwarding executive contact described them today.

He said: “The annoying tactics are back, with forwarders offering a rate to entice support, which is actually a predicted rate for two to three weeks away. It’s easy to quote a very low rate if you’re not actually carrying the business,” he added.

“Rates are indeed tumbling, but I do not suspect they will go to rock bottom/pre-pandemic levels,” he said. “All it’ll take is a mass cull of vessels into blank sailings to plateau out the rate, and I feel that’s coming.”

In fact, the executive told The Loadstar he expected rates from China to the UK to fall to $3,500-$4,000 per 40ft – a level around double the pre-pandemic market rate – after which, he expects rates to “bounce back”.

Meanwhile, on the transpacific tradelane, Xeneta’s XSI Asia-US west coast reading recorded a huge 14% drop this week, to $3,727 per 40ft, to take the component 34% down on the month to date.

In the same week a year ago, a typical 40ft spot rate on the tradelane, including premium fees for equipment and space guarantees, was in the region of $19,000.

According to Xeneta data, some 1.5m teu of capacity has been withdrawn from the route over the past 12 weeks, but softening demand and an acceleration in the coastal shift to US east coast ports has been unable to slow the rate erosion.

This week saw the final call at Los Angeles of Matson’s China-California Express (CCX) premium service, which the US domestic and transpacific carrier had expected to “continue into 2023”.

In the opinion of Xeneta’s chief analyst, Peter Sand, the collapse of rates on the spot market “is bound to impact on the long-term contracted agreements in the near to mid-term”.

Notwithstanding the cargo growth at the US east and Gulf coast ports – which, according to John McCown’s analysis of the US top ten container ports, increased import container volume by 12% year on year in August, to 1.2m teu – the tradelane is not immune to the freight rate decline contagion.

The Freightos Baltic Index (FBX) reported spot rates from Asia to the US east coast declined by 8% this week, to $7,835 per 40ft. They have halved in value since the beginning of the year.

Transpacific container carryings from Asia to the US west coast fell sharply in last year’s ...