News / Airports can play a bigger role in supply chains, but must address congestion 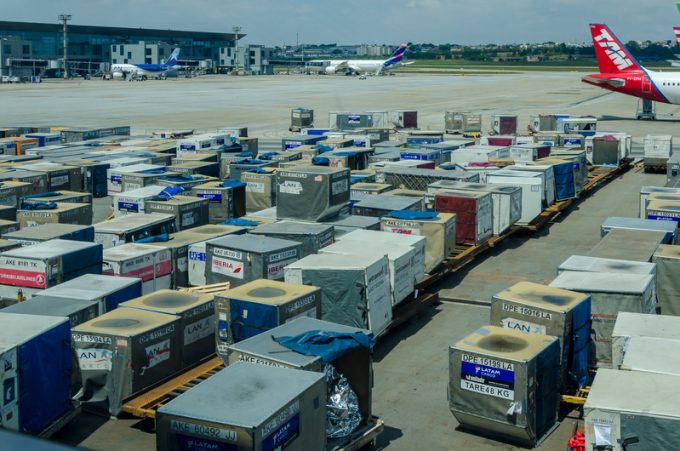 Airports are claiming they have taken a more central role in the supply chain – but their customers say congestion problems still need to be fixed.

“The role of airports in the supply chain has changed completely,” said Gustavo Figueiredo, chief executive of Sao Paulo’s Guarulhos airport in Brazil (GRU). “We are more than a an airport now.

“We have information in real time, the capability to integrate shipments from different parts of the world and cargo consolidation. We’ve made it possible to clear the goods as fast as we can.”

“There is so much they can do,” he said. “They don’t produce anything, but they can save a lot of time and will become more and more implicated in the supply chain process.”

And, said Mr Figueiredo, along with the use of technology, airports needed to understand their customers better.

“Each client has different requirements, so the business model must be different in every case.

“In the near future, airports will be even more relevant, especially in e-commerce. We need to invest in the systems and infrastructure to make it happen.”

Infrastructure remains key for customers. Amerijet integrated its hub facilities two years ago and it has helped the carrier with faster processes.

Vicken Karjian, chief executive, explained: “It’s all about the speed that the package gets on the plane. We don’t want boxes to stay there for more than four or five hours, but to ensure compliance we have had to put in our own security processes. But boxes get on the plane quickly now, which also reduces pilferage.

“But all of this is tangential to flying an airplane from A to B.”

“There are too few ground handlers, and that leads to congestion and waiting times and fees for demurrage and storage. We are very concerned about unrecoverable costs.

“Whatever agreement airlines and handlers have is not working and it’s costing us. Airports have to understand that congestion threatens economic viability. If they don’t solve congestion, other airports will. It won’t happen overnight, but it will happen.”

Mr Figueiredo said GRU airport was focusing on infrastructure, but that airports had other issues to deal with too.

“We’ve changed completely. We have to focus on investments, especially in cargo infrastructure as our core business, but information systems is going to be a major differentiator,” he said.

“We have assembly facilities, customs brokers, forwarders – they all work together, and  we have to help integrate the information.