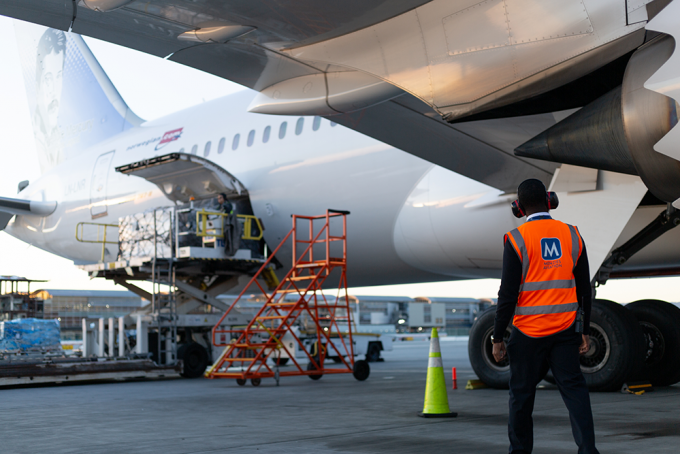 The surge in air cargo volumes in 2017 and 2018 has pushed up yields for airlines, but cargo handlers are struggling with significant cost increases.

In North America, tight warehouse capacity has filled many facilities to the rafters, but double-digit salary hikes for the staff inside are hurting airfreight handlers.

For one large multinational handler, 2018 was a bumper year, with most of its US warehouses full, but the company has experienced pressure on wages, reported a senior executive.

And it’s a predicament not unique to the US, but more pronounced there than in other regions.

“Many labour markets around the world are challenging, and it is fair to say the US is one of the most challenging,” said Robert Fordree, executive vice-president, cargo, at Menzies Aviation.

Low unemployment in the US has pushed up salaries generally, while in the transport sector the truck driver shortage has attracted much attention and forced operators to offer hefty raises in remuneration to retain drivers.

Labour costs differ from one location to the next, and from state to state, but double-digit wage hikes are not uncommon, Mr Fordree noted.

In addition to market forces, regulatory changes in some states have also forced up salaries as state governments raised minimum wage levels. At Newark, one handler saw a 48% surge in the minimum wage over 18 months.

In some markets, paying even a higher minimum wage is not enough to attract and retain employees, the executive added.

“It continues to be a challenge. The market is pretty much dried up,” he said.

Other service sectors are also struggling to keep up staff numbers, which intensifies the competitive situation. One handicap for handlers is security.

Most job-seekers look to start a new employment immediately, so the time it takes to complete the background check is an additional hurdle for handlers.

On the other hand, staff turnover in cargo handling has been lower than in some of Menzies’ other business streams, Mr Fordree noted.

“The stations most impacted are largely where we have fuelling or ground handling operations, our cargo locations are not as greatly affected as others,” he explained.

He emphasised that wage increases were but one tool to combat staff turnover.

“We don’t just look at salary as part of retention, there are many other employee retention initiatives we have been trialling with success in our most challenged stations,” he reported.

The multinational handler executive reckons technology and automation may have to play a role going forward, but there are also challenges in that arena, he pointed out.

“A lot of carriers are adamant about using their own system, so we end up working with different systems. With a fragmented landscape, it’s difficult to roll out automation,” he said.

He added: “Automation supports to a certain extent and we continue to explore innovation to help address the labour challenges.  However, there is no substitute for a well-trained, well-motivated, knowledgeable and experienced cargo operative, so we will continue to work on initiatives that help support retention.”

The pressure on handlers’ margins stems in part from many carriers’ continued perception of them, first and foremost as a lever for cost reduction. It has been difficult getting airlines to agree to rate increases in line with higher staff costs, particularly foreign airlines that are not used to the kind of minimum wage increases seen in the US over the past 18 months, Mr Fordree said.

Stan Wraight, president and CEO of Strategic Aviation Solutions International, has argued that airlines need to change their perception of handlers and treat them as strategic partners. Sadly, in many cases, cargo handling contracts are managed by a procurement department that has no insight into strategic objectives.