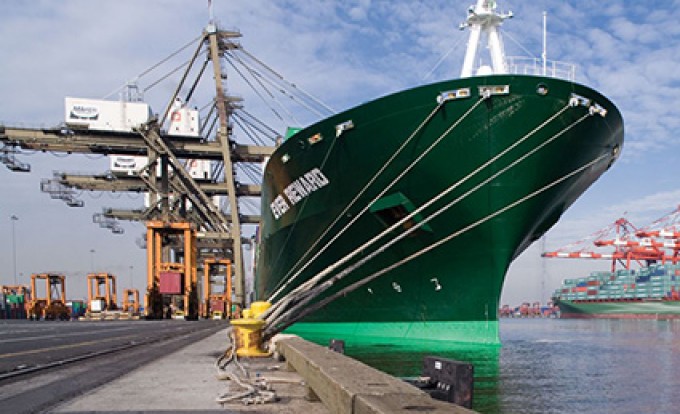 As the CKYHE alliance gets the green light from US regulators to operate as an alliance on North America routes, and the 2M pairing of Maersk and MSC publishes its 2015 schedules, price continues to trump reliability as shippers’ top priority.

Speaking on an American Shipper webinar yesterday, Drewry Supply Chain Advisers director Philip Damas said that while many shippers claimed to choose their carriers on the key metrics of the cost of freight rates and schedule reliability, “they don’t really focus on the latter for their procurement decisions”.

He added that many shippers don’t factor-in the overall cost of poor schedule reliability to their supply chain.

“Many shippers are not at the level of maturity and sophistication to measure the trade-off between cheaper freight rates and reliability,” he said.

Part of the problem revolved around the way schedule reliability was actually measured, he conceded.

“A big portion of so-called liner service delays are because what was announced was wrong in the first place – shipping lines would do better to publish their operational schedules rather than the pro forma schedules, and I think that we will see improvements in how carriers publish their schedules and the integration of schedules in a single alliance,” he said.

In the case of the 2M alliance, he said that one shipper planned to book its cargo though MSC, expecting better freight rates, but to place it on Maersk vessels, which have a reputation for higher levels of reliability.

Mr Damas’s comments coincided with the publication of the 2M east-west schedule, comprising 22 services operating 193 vessels with a total capacity of 2.4m teu and covering 77 ports on the Asia-North Europe, Asia-Mediterranean, transpacific and transatlantic trades.

His point about the way the partners conceive the service offerings differently was immediately apparent – with Maersk retaining its standard AE prefix for Asia-Europe service, TP prefix for transpacific services and so on; while MSC has kept its habit of giving its services proper nouns – Eagle, Silk, Dragon, Shogun etc.

In terms of port winners, the Malaysian transhipment hub of Tanjung Pelepas will see a consolidation of Asia-North Europe cargo, while Singapore will act as the hub for Asia-Med and transpacific traffic.

In North Europe, the new German facility at Wilhelmshaven has won two weekly calls; Bremerhaven appears to have become the pre-eminent North European hub in the network with five weekly calls; while its nearby rival Hamburg will see just one.

Rotterdam and Felixstowe will both receive four weekly calls, although the Dutch hub will have an additional eastbound call; Antwerp, where MSC is building new hub outside the lock gates, will have three calls a week, and a new UK call has been added at Southampton.

The partners will offer five joint services on the transatlantic, with three between North Europe and North America, and two between the Mediterranean and North America, while both will continue to offer bespoke transatlantic services that remain outside the scope of the partnership – with MSC continuing to serve Boston and Philadelphia from North Europe, and Maersk continuing a service into the Canadian ports of Halifax and Montreal.

There will be four joint transpacific services and two Asia-US east coast service routed via Suez, meaning there will be no service via Panama.

Meanwhile, the Federal Maritime Commission has cleared the CKYHE alliance to operate in the US, without the need for a further 45-day review period, after it amended two clauses in its agreement relating to the procurement of services and the exchange of information.

Commissioner William Doyle had previously expressed concerns over the wording of the two clauses which appeared to give the CKYHE the right to negotiate as one with ports, agencies and other service providers, and to jointly compile and exchange commercially sensitive data.

During meetings with the FMC, made at the request of Commissioner Doyle, the members satisfied the government agency that it would not abuse its “buying power” with third-party suppliers and had its amended clause accepted in this respect.

Nonetheless, it is surprising that the FMC has still allowed the CKYHE to procure services as one given that this was specifically struck out of the 2M agreement. However, Commissioner Doyle explained that the FMC “will be specifically monitoring their [CKYHE] interactions and activities related to suppliers and other third-parties”.

And, in the second clause that caused the FMC concern, the ability of the CKYHE to exchange commercial information has been restricted to “operational matters” only.

The FMC also cleared the Ocean Three alliance of CMA CGM, UASC and CSCL after it cleared its “low market threshold parameter”. So with yesterday’s approval of the CKYHE, the US regulator has now cleared all four major east-west alliances to operate in US waters.

More ships are being held at departure ports in Asia for a week or more, ...

Ocean carriers are to cancel several headhaul sailings to North Europe around the Chinese New ...