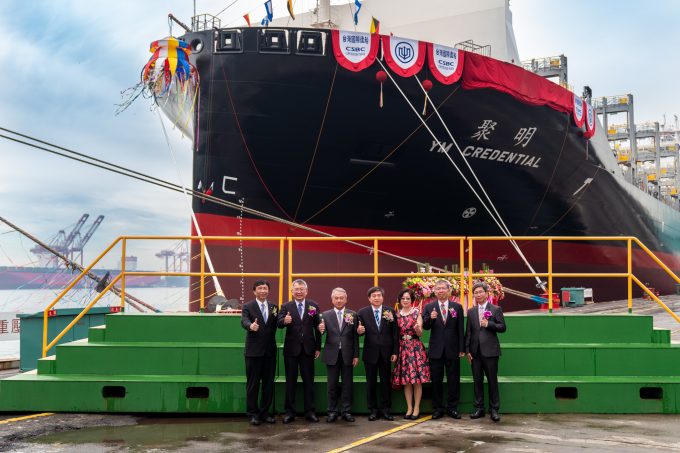 The company also plans to add 70,000 containers to its fleet, with 40,000 ordered last year to be delivered this month. Tenders will be invited in the summer for the remaining 30,000 boxes.

Yang Ming director Chang Shao-feng said on Wednesday that, after having approved orders for five 15,000 teu ships in January, there would be similar orders “in the near term”. He added that Yang Ming also wanted some feeder ships, ranging from 1,200-1,800 teu.

The company is understood to be assessing its preferred fuel type before finalising orders for the first five 15,000 teu ships.

In 2021, Yang Ming’s revenue more than doubled, year on year, to $12.05bn, while net profit grew nearly 14-fold, to $5.98bn, as the liner industry booked a second straight year of record earnings.

Although cargo volumes decreased from 5.07m teu in 2020 to 4.41m last year, due to port congestion, earnings were higher, after upward pressure on freight rates.

Mr Chang said: “The Russia-Ukraine war and the current Covid-19 outbreaks in China caused freight rates to drop in March. It is estimated they will start to recover in April and May. In the second half of the year, freight rates may rebound rapidly, due to post-war reconstruction and the rush of shipments after Covid-19 outbreaks.”

He said the Russia-Ukraine war had minimal impact as the countries accounted for just 1% of the company’s cargo.

Mr Chang said that, after Shanghai began a phased lockdown on Monday, Yang Ming had diverted some ships to Ningbo, Xiamen, Taiwan and Japan and added: “As shipping capacity is tight in those other ports, our ships were quickly filled.”

He added: “New environmental regulations also mean some older ships need to be phased out or slowed down, which can offset some of the newbuilding deliveries.”