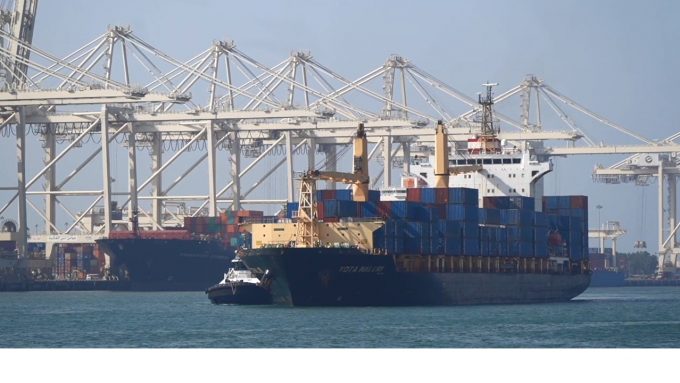 Sources at Chinese shipyards Shanghai Waigaoqiao Shipbuilding and Yangzijiang Shipbuilding told The Loadstar PIL had enquired about building at least six 8,000 teu containerships, probably for delivery in 2024 to early 2025.

On 7 March, PIL ordered four 14,000 teu ships at Jiangnan Shipyard, for delivery in those dates, and appears to be rebuilding its fleet after selling several ships during a major deleveraging exercise between 2019 and 2020.

However, a spokesperson told The Loadstar: “We’d prefer not to discuss any upcoming orders, and would just like to reiterate that we continue to seek to complement our fleet.”

He said the unprecedented hike in container freight rates had made PIL launch more services, after the downsizing in 2020, and the spokesperson confirmed that Mr Kastrup had inducated more ships in the 5,000-14,000 teu range were needed.

In March last year, PIL, which suffered consecutive net losses from 2018 to 2020, was given a lifeline when Heliconia Capital, a unit of the Singapore government’s investment company, Temasek Holdings, acquired a 75% stake, involving a $600m investment, including loans.

PIL’s restructuring also involved converting $45m of bonds into perpetual securities, while cash payments to the bond holders were to be accrued for five years before being released. However, by the end of last year, PIL had seen its finances turn around and made early repayment of sums owing to the bond holders.

There has been growing interest in newbuildings in the 7,000-8,000teu range, with 83 such vessels on order so far. Liner operators are looking to deploy such tonnage to the Far East-Persian Gulf route, replacing the 4,000-5,000 teu incumbents.