News / US trade plumbs new depths, with fears the misery may last until next year 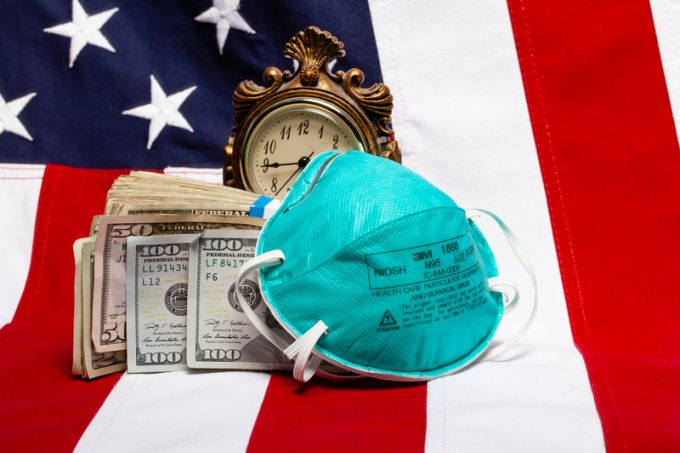 Although the US went through a phase of re-opening in June, intermodal traffic volumes remained stubbornly depressed.

With mounting concerns of further downward pressure on the economy from Covid-19, this is causing worries that its recovery will remain elusive for the reminder of the year.

Statistics published by the Intermodal Association of North America (IANA) show further declines across the board in June, with total intermodal shipments for the month down 4.9% from June 2019.

International containers showed the steepest drop – falling 13.2% – and on the domestic front, containers were down 6.8% and trailers slipped 4.6%.

And the misery has continued into this month, with intermodal traffic down 7.4% in the first week. US rail car loads slumped 22.7% year on year, with none of the top 10 commodities showing gains.

For the first six months of the year, domestic containers and trailers were 2.5% and 18.9% off the pace, while international containers ended up 13.2% lower.

Waterborne imports into the US remained in negative territory in June. According to global trade intelligence firm Panjiva, US-bound ocean shipments fell 8.6% in June in terms of teu count. While this marked an improvement over the 19.6% slump seen in May, it continued the year-on-year contraction in imports.

Predictably, imports from China were down 1.7% in June, but flows from other Asian origins fared worse: imports from India and Japan fell 35.8% and 41.4% respectively (the latter attributed chiefly to the near-collapse of automotive traffic); while imports from Europe extended a streak of contraction to seven consecutive months.

US international trade has been plumbing new depths – April set new records, with imports falling 13.7% and exports down 20.5%, but the tally dropped further still in May. As exports sank another 4.4% from April and imports lost another 0.9%, US foreign trade overall declined to $343.6bn, the lowest since April 2010.

Now, hopes for a recovery in the second half are fading. IANA warned recently that international volumes could continue to shrink for the remainder of this year, owing to downward economic pressure and the impact of tariffs.

Gene Seroka, executive director of the port of Los Angeles, expressed similar scepticism recently and said the outlook for the second half was closely tied to the impact of the Sino-US trade conflict and the Covid-19 shutdown, two factors that have taken a heavy toll on supply chains.

He added that some economists have predicted that a noticeable economic rebound would not be visible until the first quarter of next year.

After a spike in imports in June and early July, attributed to medical and PPE traffic, some restocking and back-to-school orders that could not be cancelled, predictions for imports are negative for the coming months.

Global Port Tracker, published monthly by the US National Retail Federation (NRF) and Hackett Associates, predicts a 13.3% drop in imports for August, followed by contractions of 12.3% and 9.9% for September and October. For November, it envisages a decline of 0.6%

“Economic indicators show the recession brought on by the pandemic may be easing, but retailers are being conservative with the amount of merchandise they import this year,” said Jonathan Gold, NRF vice-president for supply chain and customs policy. “The outlook for imports is slowly improving, but these are still some of the lowest numbers we’ve seen in years.”

The recent surge in Covid-19 infections in the US has added to concerns. States including California, Texas and Florida have signalled moves to curtail their re-opening programmes. According to one report, an unpublished document prepared for a White House task force recommends 18 states should roll back re-opening measures. About 40 states have seen rising infection rates in recent weeks.