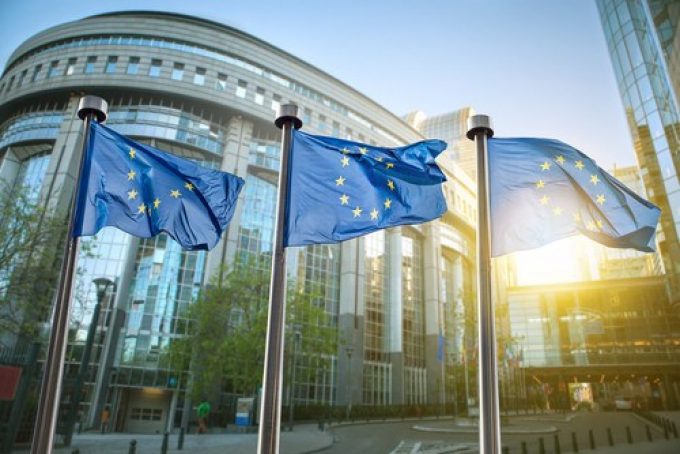 After last week’s tripartite meeting, when regulators agreed to collaborate to find solutions to failing supply chains, US shippers have backed new legislation that aims to rebalance the shipper-carrier relationship.

In an open letter, 152 US companies and trade associations wrote of their “strong support for the Ocean Shipping Reform Act of 2021 (OSRA21)”.

In thanking the two congressmen who sponsored OSRA 21, the signatories said it would: “Help address longstanding, systemic supply chain and port disruption issues, which have been further exacerbated by the Covid-19 pandemic.”

Included in the disruption issues are detention and demurrage (D&D) charges, with the interpretive rule, published by the Federal Maritime Commission (FMC), which the authors of the letter welcomed, but added: “We need more than just ‘guidance’ that is not being followed by ocean carriers nor marine terminals, leading to hundreds of millions of dollars in unfair penalties against US shippers and their transportation partners.

“The legislation will seek to formalise this rule and truly define the parameters for these charges.”

In addition, the letter focused on the difficulties that US exporters were having in obtaining containers and vessel space for export cargo, a problem that was particularly hard on the agricultural sector, which exported around 20% of its production.

Congressman Dusty Johnson, one of the two OSRA 21 sponsors, said: “Foreign ocean carriers aren’t playing fair, and American producers are paying the price. It’s time for updated rules of the road. That’s what our bill does.”

Jennifer Hedrick, executive director of the National Industrial Transportation League, said: “NITL provides its full endorsement of the Ocean Shipping Reform Act of 2021 and is pleased to see that it not only addresses current challenges, but also provides a framework for a more robust maritime supply chain for all stakeholders.”

The legislation’s second sponsor, Congressman John Garamendi, argued: “Foreign businesses’ access to the American market and its consumers is a privilege, not a right.”

He said exporters and other businesses were willing to pay to ensure that American products reached key markets in the Asia-Pacific. However, he added: “Companies looking to offload foreign-made products at west coast ports must provide opportunities for American exports. Even during a global pandemic, trade must be mutually beneficial, and that is exactly what our bipartisan bill ensures.”

Meanwhile, regulators in Europe told The Loadstar they were scrutinising state aid given to some shippers during the current crisis to assist in their export drives. In particular, the EC has looked at subsidies to South Korean exporters, which could pose a threat to the global trade system by distorting the market.

In response to questions from The Loadstar, an EC spokesperson said: “The commission is aware of a series of government schemes in the Republic of Korea (eg, the ‘export voucher programme’) aimed at supporting exporters in the context of increased maritime and air cargo freight costs.

“Since these subsidies apply to the export of goods, they do fall under WTO [World Trade Organization] rules and the rules of the EU-Republic of Korea trade agreement. We trust that the Korean government is aware of its international obligations, and we will monitor the implementation of these schemes.”

Moreover, the EC said, it had proposed a new regulation on 5 May to “address distortions caused by foreign subsidies in the single market”.

Crucially, the EC added that WTO subsidy rules and EU trade regulations applied to imports, but did not apply “when foreign subsidies support investments, acquisitions or bids in procurement procedures, or when services are concerned”.

The new regulation, currently under discussion in the European Parliament and member states, would close this regulatory loophole which effectively allows “subsidies by non-EU governments that risk causing distortions and harming the level playing field in the single market in all sectors, including the maritime transport sector, and in any market situation”.

Freight throughput at US ports and inland to warehouses and final destinations requires a nationally ...

D&D charges: one rule for the rich and another for the desperate

Shipping lines have come under fire in the US, Europe and Australia for detention and ...