News / US air cargo unconvinced on e-freight – but players must 'shape up or ship out', delegates told 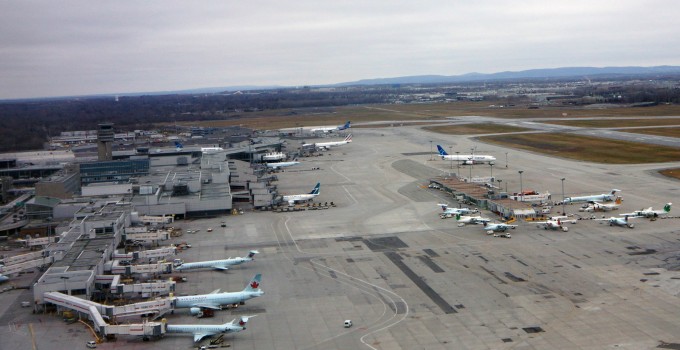 E-freight still needs to prove its worth to the US air cargo industry, it was revealed at the CNS event in Nashville yesterday,

Delegates believe forwarders have the most to gain from the technology – at the expense of the airlines.

A “staggering” 28% of the 500 delegates said they could see no compelling reason to invest in e-freight waybills, while even more, one-third, thought there was no advantage other than cost savings.

Just 66% of the industry believe that widespread adoption of e-freight would positively impact the flow of goods.

Mick Fountain, chairman of the CNS advisory board, said 28% not believing it was worth investing was “a staggering number”.

“But it’s an indication of the challenge we are facing. People have got to shape up or ship out.”

He added: “There is a high degree of fragmentation in this industry, but with technology, everyone has to step up to the plate. If not, you’ll be in trouble.”

With an increasing number of technology disrupters moving into the market, CNS, the IATA US offshoot, is trying to promote industry change.

It has launched the eAWB 360 campaign in North America, which starts in May at Montreal (pictured), the first of nine airports.

The campaign aims to help airports switch to e-AWBs by getting their communities involved and creating a single process, standard operating procedures and joint communication.

“It is not a mandatory programme,” said Lionel van der Walt, CNS president. “But e-AWBs are critical to bring value back [to the air cargo industry].”

Members of the CNS advisory board have focused on their home airports to help push through the campaign.

IATA is also launching, controversially, its own e-AWB product to help SME forwarders to join in.

Called eAWB Link, the first phase will launch this month, with the roll-out set for a month later.

“It can revolutionise and help,”said Mr van der Welt. “And we are trying to get government departments to recognise it and link it to the ACE system [the US’s Automated Commercial Environment, which will become the single window].

Mr Fountain said: “Small forwarders are a very important part of this industry. Any opportunity we have to help them, we do. But we need critical mass.”

The eAWB link has been criticised by IT companies which claim already to have a product for small forwarders. They have expressed concern in private that IATA could be using its dominant position in the market to create revenues and unfairly compete.

Despite CNS attempts to get the IATA product to be recognised by US government departments, IATA claims that its functionality will be basic, and its purpose is simply to act as a “technology introducer” to SMEs that have not yet taken the plunge.

It said it expects those that take up its eAWBLink to migrate to other systems as their needs grow.