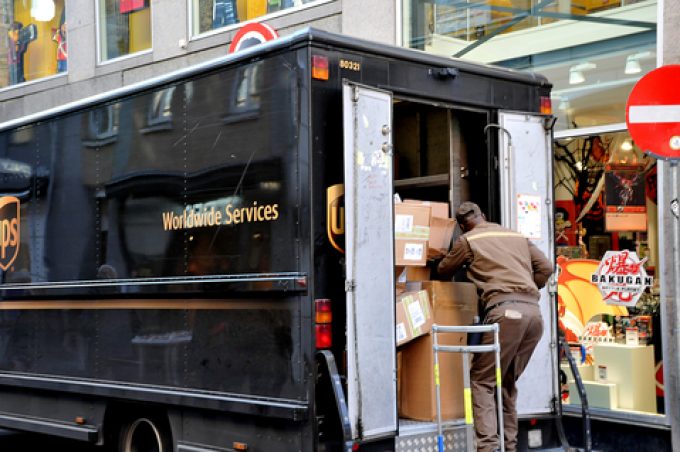 UPS is reaching into the same-day market with the takeover of final mile provider Roadie for an undisclosed sum. The technology-based provider leverages some 200,000 verified gig drivers to deliver e-commerce.

The acquisition is expected to be completed in the fourth quarter of this year.

Taking over Roadie gives UPS capabilities to meet same-day delivery requirements, a concept that has been championed aggressively by Amazon.

“The acquisition of Roadie puts UPS in the same-day delivery market. Despite recent investments in its network, UPS was not set up for same-day deliveries. It recognised that this was an area that was critical to address in order to service the growing e-commerce market,” commented John Haber, CEO of parcel logistics consulting firm Spend Management Experts.

Moreover, Roadie routinely delivers shipments in other types of packaging than parcel boxes, something that the integrator’s systems are not geared to process. UPS stressed this aspect in its announcement of the takeover.

“UPS customers, including large enterprises, are increasingly looking for local same-day delivery solutions for goods of all types, not traditional packages. Roadie often provides service for shipments not compatible with the UPS network because of their size and perishable nature, and often because they are in shopping bags without the packaging required to move through the UPDS system,” it declared.

Mr Haber remarked that shippers with items that would incur hefty surcharges from FedEx and UPS benefit from a Roadie-type service, adding that the Roadie takeover boosts UPS’s reach into other market segments.

“The addition of Roadie will now allow UPS to compete with DoorDash and Instacart, who continue to expand delivery services to a larger group of retailers, as well as Target’s Shipt subsidiary,” he noted.

Some observers have suggested that the acquisition will also give UPS additional capacity to accommodate the anticipated surge of peak season traffic. However, Dean Maciuba, managing partner, North America of Last Mile Experts, doubts that the integrator will benefit from Roadie’s capacity.

For one thing, taking on additional parcels could compromise Roadie’s speed of delivery, which has been at the heart of its business model, he said. The more important obstacle, though, is the stark demarcation line between union and non-union work at UPS, he added.

This is reflected in UPS’s statement on the takeover, which highlighted that Roadie would operate under its old name as a separate entity and packages moved in its system would not cross over into the UPS network and vice versa.

Cathy Morrow-Roberson, founder and lead analyst of Logistics Trends & Insights, regards this declaration as a nod to the labour union, which was opposed to the integrator’s earlier deal with the US Postal Service for the agency to perform final mile delivery of the company’s SurePost service.

In the long run, however, she expects the two sides to be combined. “The big thing is to convince the union,” she said,

To her the acquisition of Roadie was no surprise. After UPS management made noises about aspirations to enter the same-day market but without a significant investment, during an investor presentation in June, she raised the possibility of an alliance or outright takeover of the delivery platform, noting that UPS was actually one of the early investors in Roadie.

Mr Maciuba views the takeover as an excellent opportunity for UPS to sound out the potential of the same-day delivery market and the micro fulfillment concept, which is built around positioning key inventory in distribution facilities closer to final market, using artificial intelligence in the process.

One question is how FedEx is going to respond to its arch-rival’s latest move. The integrator has a same-day service, but it is not geared for broader e-commerce. It targets the B2B sector, moving goods from its FedEx Office locations, using its own salaried drivers, which is more expensive than a crowd-sourced solution like Roadie’s, Mr Maciuba noted. He added that the goods ordered by online shoppers are not available at FedEx Office branches.

Mr Haber noted that on recent earnings calls FedEx top brass described same-day services as more of a niche offering, which indicates that they do not regard this as a strategic offering that FedEx must add to its portfolio.