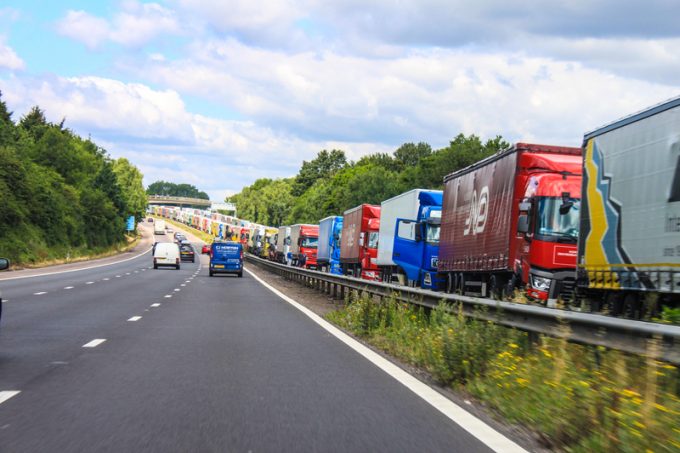 Drivers and smaller hauliers have welcomed the UK government’s temporary extension to working hours, but the move has sparked furious pushback from the wider logistics sector.

One haulage operator and driver told The Loadstar the extension, which lasts until 8 August was “only a short-term fix but a sensible one, nonetheless”.

“For smaller firms, like ourselves, it gives a little more flexibility and for the drivers – I drive four days a week still – the impact of an extra hour is negligible. The shift times and working week are unaffected.”

But several associations, including Logistics UK and the Road Haulage Association (RHA) objected to the decision, calling it a “sticking plaster” that puts drivers in harm’s way.

He said: “Government has ignored the industry in deciding to relax these road safety laws, and it will be the hard-pressed HGV drivers who have to carry the burden.

“Throughout the pandemic, the UK’s professional drivers have kept our shops, homes and businesses supplied with everything needed to keep the economy going, but the current workforce cannot be expected to fill the gaps created by the skills shortage.”

The RHA told the BBC the move was a “sticking plaster” that failed to address the UK’s 60,000-driver shortfall – that figure is the RHA’s own, which some have said was “conservative”, with the true number much closer to 100,000.

Chief executive of Diamond Logistics Kate Lester went further, and called it “utter stupidity” that would lead to accidents.

“You cannot just ask drivers to work more, accidents will happen. This has as much forward thinking as smart motorways to stop congestion – what that actually did was kill a load of people on hard shoulders,” she said.

“The next time a lorry driver falls asleep at the wheel and careers into oncoming traffic, point your finger at the short-sighted numpties that came up with this.”

Several drivers expressed scepticism over the severity of this pushback, with one telling The Loadstar a “few extra hours driving in a 60-hour week is neither here nor there”, suggesting the “grumbling” was on behalf of their larger clients or members.

They said the real concern was that it would force larger firms to pay better rates, rather than the “derisory” amounts that had become the norm in recent years.

One independent haulage firm owner told The Loadstar: “These associations and logistics companies are grumbling on behalf of the supermarkets and big haulage firms which have had it far too easy for far too long when it comes to paying drivers what they were worth.”

Another said there could also be benefits for supermarkets and those requiring drivers for multi-drop store deliveries, telling The Loadstar it would allow “another couple of drops in a day, benefiting the company not the driver”.

However, other smaller haulage firms worried drivers would either not want to use the extra hour or would “hold it against” them when negotiating rates.