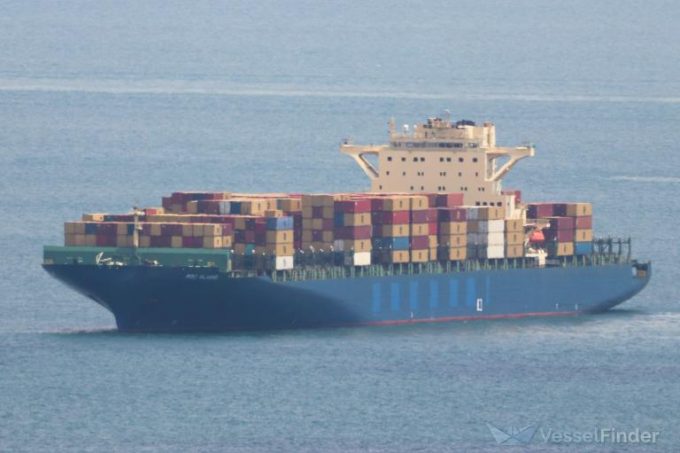 Tugs have freed an MSC containership which went aground off Italy yesterday.

It was the second such incident in one day and the grounding of the 8,566 teu Elaine on a breakwater outside the port of Gioia Tauro late last night followed a bulker getting stuck in the Suez Canal.

The 339-metre Elaine had called at the port on its route between the US and the Middle East and was departing for Malta, manoeuvring with the help of two tugs, when it apparently turned wide and got stuck on the tip of the port’s tetrapod breakwater.

The wind speed at the time was about 6-9 knots, conditions described as “benign” by port staff.

The vessel blocked harbour traffic for several hours and was attended by four harbour tugs, finally being freed at around 6am.

According to AIS data, the ship is back at anchor in the port and initial diver investigations found no severe damage to the ship’s hull and no signs of pollution.

An investigation by Port Authority of Gioia Tauro is under way to ascertain the cause of the incident.

“As a result of this incident, it is highly likely that there will be delays to cargo delivery, and cargo owners will be required to provide salvage security before delivery of cargo,” noted WE Cox Claims Group.