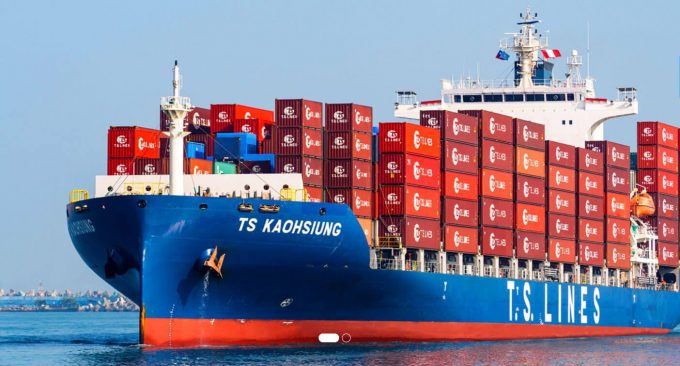 Last September, TS Lines re-entered the Pacific trade with its China Pacific North West 1 service connecting China with Vancouver. The company said at the time it would consider relaunching a service to the US west coast if congestion was resolved.

Sea-Lead started its fortnightly AEC service in March as the Dubai-based operator continued to diversify beyond its original Persian Gulf focus.

The AEC port rotation is Nansha-Ningbo-Qingdao-Busan-Norfolk-Newark (New York)-Charleston-Jacksonville-Nansha and deploys three 4,900-6,900 teu ships, with the 6,966 teu Timon to be added at the end of this month.

Meanwhile, Sea-Lead is gearing up for greater volumes as, besides TS Mumbai, the 5,060 teu Pumba and 5,888 teu Rantanplan will be added to the AEC in July and August.

Alphaliner reported that Sea-Lead would eventually offer weekly sailings to the US east coast, with eight or nine ships.

Sea-Lead MD Henry Schmidl told The Loadstar that this is the company’s second collaboration with TS Lines, Australia Express service which began in March.

Mr Schmidl said, “Following the Sino Australia Express (SAE), this is the second service that Sea Lead has in co-operation with TS Lines, so its an extension of an existing relationship. From Sea Lead’s point of view, this is a clear commitment to serve the North American market and shows a commitment to improving service frequencies and reliability.

Like many regional carriers, TS Lines has been making a gradual foray into deepsea routes to ride on the high freight environment. In March, the company entered the Asia-Europe trades when it joined China United Lines’ Asia Europe Express service, deploying its 4,198 teu TS Singapore, its sixth ship on the route.

According to the eeSea liner database, the TS Mumbai is currently deployed on TS Lines’ CWX service, between Asia and the Middle East, operated in conjunction with CMA CGM, ONE, KMTC, PIL, X-Press Feeders and Zim.

Founded in 2001, TS Lines entered the Asia-North America trades in 2010, when it partnered Hainan PO Shipping on two services from China, Hong Kong and Busan to Long Beach and Oakland.

Around two years later, the container shipping market weakened through overcapacity and a decline in demand, and these services ceased. Hainan PO, which was owned by the Hainan provincial government, went bankrupt in November 2013.

SeaLead Shipping has confirmed to The Loadstar it has suspended its Far East-US west coast service. It ...

Super-bonuses for TS Lines staff, but more trying times are ahead

The next two years will be very challenging for container shipping, with weak European economies ...