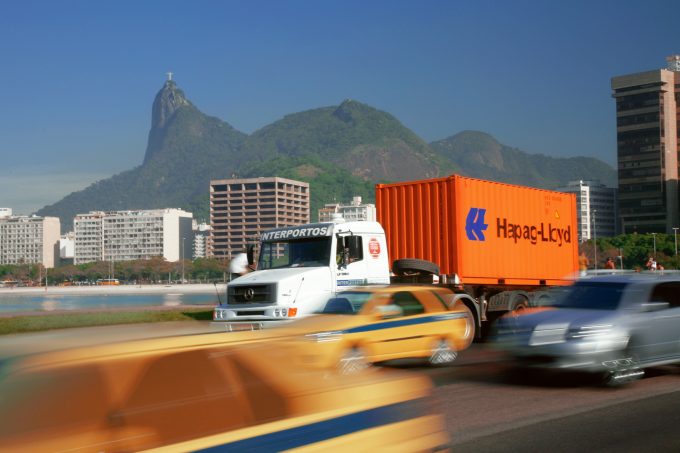 The two largest economies on the east coast of South America are set to see divergent fortunes next year as container operators hope for an end to the doldrums that have hit trade.

Delegates at last week’s TOC Americas Container Supply Chain event in Panama heard how Brazil and Argentina dominate trade in the region, accounting for some 99% of teu trade between them.

“Brazil is turning the corner and now looking up rather than down – Brazilian teu throughput will grow 1% in 2018 and in 2019 is expected to post 2.5% growth,” Andrew Lorimer, managing director of regional shipping analyst Datamar, said.

However, he cautioned there were various factors to consider, not least of which was the recent election of right-wing former army officer Jair Bolsonaro as president, a man he described as the “Trump of the Tropics”.

“There are certainly similarities: they both are huge Twitter users, Bolsonaro also effectively won his election via the internet and, like Trump, he tends to speak first and think later.

“From a trade standpoint, he has said that he wants to get closer to Europe and the US, and is concerned about China – it is currently Brazil’s largest trading partner, but he is said to be concerned that it is “taking over Brazil”, so there is a potential cooling of relations there.

However, there are also more immediate matters for those in the country’s fragile container supply chains, which have shown this year their vulnerability to disruption after a truckers’ strike in protest at high operating costs – including the cost of diesel – crippled export flows.

“So there remains a question of what Petrobras’ [Brazil’s state-owned oil company] fuel price strategy was to be this year – and will it cause further strikes?”

In addition, Mr Lorimer warned, one of the country’s major trades, meat exports, also faced uncertainty as the EU, China and Russia have all embargoed Brazilian meats at different points in recent times.

“This represents around 500,000 teu a year – equalling almost 50% of Argentine exports and bigger than Uruguay and Paraguay’s full teu trade together – and so the question is what will happen in 2019,” he said.

Meanwhile, Argentina continues to struggle, he said, although it had seen growth in container volumes.

“The economy is expected to reach the bottom of the curve in the fourth quarter of this year and see a recession next year, with a 1.7% GDP contraction,” Mr Lorimer said.

However, teu throughput at the country is expected to top 1m teu this year, equating to growth of around 7%.

“2019 is an election year in Argentina, and the question is whether president Mauricio Macri with his open-economy views will be re-elected,” he said.