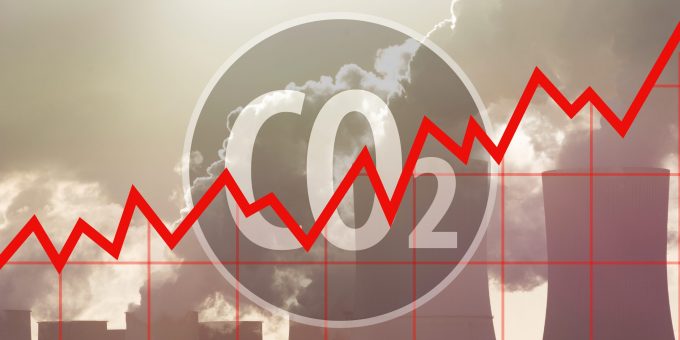 Committee members voted overwhelmingly to extend the ETS to aviation, voting 66 to nine in favour, with 12 abstentions.

Starting from 30 April the year after the measure enters into force, the proposal will now move for approval to the European Parliament in early June, before final approval and ratification by the Council of Ministers, by the end of 2022.

“This measure is necessary to ensure ambitious greenhouse gas emissions reductions in the aviation sector in line with the Paris Agreement, and to contribute to an international level playing field while ensuring equal treatment on routes,” said MEPs.

Under the ETS, free allocations of carbon will end by 2025, some two years ahead of the initial proposals by the EC. Some 75% of the revenue collected through the auctioning of allowances for aviation will be used to develop green technologies, “including the deployment of decarbonisation solutions in the aviation sector through the Climate Investment Fund”.

In addition, aviation companies will be required to supply emissions data to the EC, and the EU will publish a list of aircraft operators from countries that do not apply the Carbon Offsetting and Reduction Scheme for International Aviation (CORSIA) rules for flights to or from non-EEA countries.

Moreover, the International Civil Aviation Organisation (ICAO) will provide a “progress report” to the EC on the negotiations to implement a global market-based measure (MBM) every two years, starting 1 January 2027.

Finally, the EU will monitor other greenhouse gas emissions, including NOx, SOx, soot particles and water vapour, in order to understand if the ETS should be expanded to cover these non-CO2 pollutants.

Rapporteur Sunčana Glavak said: “We are aligning the aviation sector with our climate goals. But, within that process, we have to offer decarbonisation solutions for the sector, which we managed to achieve in this committee with the introduction of sustainable aviation fuels (SAF) allowances.”

Shipping will also be included in the ETS from 2024, covering all emissions from vessels trading within the EEA and 50% of emissions to and from those trading outside the EEA covered to the end of 2026, from when all trips will be covered with 100% of emissions considered.

An ENVI statement said: “[There would be] possible derogations for non-EU countries where coverage could be reduced to 50% subject to certain conditions. MEPs also want other GHG emissions than CO2 to be included, such as methane nitrous oxides.”

As with aviation, 75% of the revenues generated from ETS will be invested into an Ocean Fund to support the research and development of clean energy for the maritime sector.

A new ETS scheme, ETS II, will be launched on 1 January 2025 that will include commercial transport and buildings, with private properties and transport incorporated in 2029. Again, revenue from ETS II will support the research into greener alternatives.

For more on decarbonisation, listen to this clip on The Loadstar Podcast: big interview with Hapag-Lloyd

The International Maritime Organization (IMO) will consider the entire life-cycle of fuels, known as well-to-wake, ...