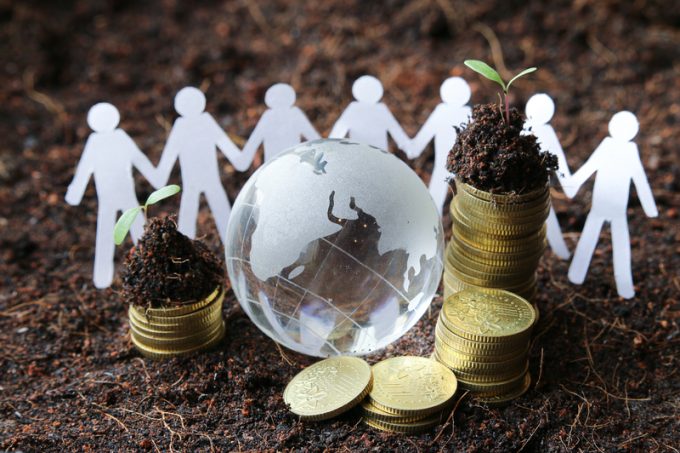 There is, quite frankly, a rather horrible, sick irony in the choice of the winner of The International Air Cargo Association’s (Tiaca’s) first sustainability award.

Wings for Aid – which designed a cardboard box filled with humanitarian aid that can be safely dropped from an aircraft – is in a “growth market”, said general manager Barry Koperberg.

Climate change will increase humanitarian crises around the world, he said.

But which industry is one of the single largest contributors to climate change? Air transport.

It felt like an award to assuage guilt, not one created to support industry change.

There is also, you could argue, a question over whether this winner – which is extremely worthy – really comes into a “sustainability” category. You might assume that humanitarian aid is something no one wants to be sustainable.

However, it would be churlish to focus on this mis-step too much, and deflect from the genuinely clever Wings for Aid design.

And in every other way, Tiaca, with its new sustainability programme, has hit the nail on the head.

Sadly, at its friendly event in Budapest last week, the room did thin out a little during the sustainability session. That’s not just sad, but short-sighted. Shippers are increasingly warning that supply chain partners which do not take their environmental responsibilities seriously will find themselves without customers.

“Shippers will discontinue working with you,” said Denis Choumert, president of the European Shippers Council.

Tiaca has opted for a strategy it thinks will attract the air cargo industry to make changes. It’s not entirely focused on the environment – and it’s not judgmental. The intention is to encourage change on many, achievable levels.

“The environment is absolutely important,” said Tiaca chairman Steven Polmans. “But sustainability is about more than that.”

Tiaca has taken the sensible step of appointing a head of sustainability, Celine Hourcade, who explained why focusing merely on CO2 emissions would be counteractive.

“Shippers are requesting data on emissions, but we don’t want them looking just at that. We want a broader understanding of a sustainable supply chain. What if that leads to aircraft being retired too soon? That’s not environmentally friendly, but would not appear as an emissions factor.”

Mr Polmans added: “We can increase efficiencies on so many levels, it’s not just about emissions.  It’s also about inspiring people and getting them on the journey.

“People feel they can’t do anything about emissions, so they do nothing. This process will allow people to make some progress.”

Tiaca has a several-pronged attack, based on the idea of “people, profit, planet”, which includes a platform to share best practice. It intends to help companies – whatever their size – develop a sustainability plan.

But, added Ms Hourcade, “we don’t want to mandate; we can’t be prescriptive”.

The association intends to get a global commitment signed by individual parties, to work on industry initiatives following a survey and celebrate successes through its awards, which have $15,000 in prize money, which in future will be given to start-ups, while larger companies will enjoy the accolade alone.

“We need concrete action,” said Ms Hourcade, ”and to support management, using the survey as a basis point. We need to track, measure and monitor – this is not a PR exercise. There is a perception that companies are doing nothing, and that’s just not the case.”

She said it was also important “not to fall into the trap of shaming, or finger-pointing. Let’s focus on the positives. We have to do better tomorrow than we did yesterday ”.

Mr Polmans added: “This is an industry which wants to change, but doesn’t know how to. When you see a big problem, you get scared, and don’t progress. But we want to help with change management. And it will become the new normal. Sustainability will become part of our industry and part of our lives.”

It will become clear, not too long from now, whether the “softly, softly” approach will have sufficient effect, sufficiently soon.

While it is understandable that an industry association does not want to be prescriptive or judgmental, there is no doubt that the tougher approach works: the ‘flight-shaming’ movement has led to one in five people opting to take fewer flights, according to a UBS survey of Americans and Europeans in July and August. UBS said it expects the number of flights in the EU will increase by just 1.5% per year, half the rate predicted by Airbus.

But it will be air freight’s customers that ultimately decide if the industry is doing enough. And Tiaca’s approach is certainly a great step in the right direction to ensuring that air cargo starts to take its responsibilities seriously.