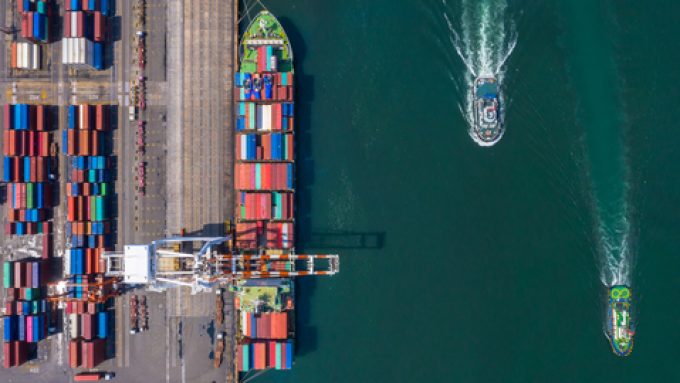 Strikes at German ports and congestion at other North European container hubs is preventing a slump in spot rates as consumer demand from Asia crumbles.

Rates for North Europe and the Mediterranean are holding steady at about $10,000 and $12,000 per 40 ft respectivel, according to the latest readings from the WCI, FBX and XSI spot rate indices.

This is despite anecdotal reports to The Loadstar that several ships sailed from Asia to North Europe this week with load factors “below 90%”.

Notwithstanding that carriers blanked a number of sailings this week they have been obliged to start touting discounted rates in the market in order to attract bookings.

However, port congestion in North Europe is taking out significant capacity as ships suffer longer wait times to berth and slower working alongside, and this could tip the supply and demand balance back in favour of the shipping lines in the coming weeks.

Dockers at the German container hubs of Hamburg, Bremerhaven and Wilhelmshaven walked out on Thursday morning at the start of a 48-hour strike which will heighten the pressure on container terminals already struggling with very high yard density levels and increased dwell times.

Even before the latest industrial action there were reports of vessels having to wait up to two weeks at the busy Hamburg terminals.

Elsewhere, on the transpacific, spot rates from Asia to the US west coast continued their decline, falling another 2% this week to $7,271 per 40 ft, according to the FBX reading.

Nevertheless, the erosion in spot rates appears to be slowing after a 30% slump in June.

Moreover, spot rates for the US east coast ticked up by 1% this week to $10,020 per 40 ft, according to the FBX reading, which is also attributed to the impact of congestion at US east coast ports.

One reason given for the disconnect between softening demand and continuing port congestion in Europe and the US is that inventories are high and off-dock storage exhausted.

“With shelves and warehouses full, this drop in demand, for now, may be making congestion worse as imports with no place to go sit for extended periods on port container yards or at rail hubs,” said Judah Levine, head of research at Freightos.

Mr Levine suggests that this will take some time to unravel.

“The unwinding process, for both congestion and rates, could be a slow one,” said Mr Levine.

The delay in a return to some form of normalisation in the supply chain would be unwelcome news for shippers who are facing the upmost inflationary pressures.

And in the UK another disagreeable cost element for shippers is the “artificial” rate of exchange (ROE) being used by some carriers to convert US dollar freights to pounds sterling.

According to shippers that have spoken to The Loadstar, some carriers are setting their ROE up to 5% higher than the official rate, which has become much more significant while freight rates are high.

Unfortunately requests to lines to review their ROE are often met with an ill-natured riposte.

“When we do dispute the ROE, and maybe another issue, the tone of the response from the carriers has turned a little aggressive over the last year and is certainly not courteous or customer friendly,” bemoaned a forwarder.