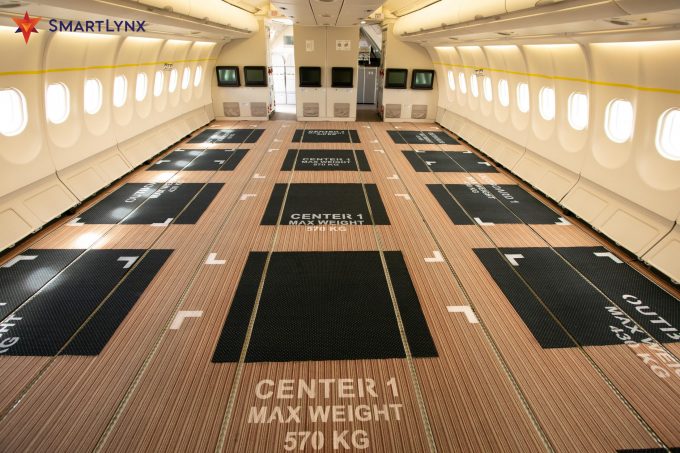 Air freight capacity is 14% down on 2019 – but volumes are more than 4% higher, and this gap between supply and demand is driving market players to find more innovative solutions.

And with continued high rates, using passenger-freighters to plug the gaps is becoming increasingly popular.

SmartLynx Airlines, a passenger-focused wet-lease and charter specialist, has been boosting its cargo credentials and will temporarily convert five A330 aircraft for freight operations. The modifications will give the aircraft a ‘zero passenger’ layout.

Cargo-only aircraft have taken a critical role in the market in the past year. Data released by IATA this week shows that, on some lanes, nearly 25% of capacity is provided by cargo-in-cabin services.

Airbus operator SmartLynx, which will receive all the aircraft this month and next, said the demand for long-haul cargo operations had driven it to grow its fleet and introduce the modified aircraft.

“We are constantly expanding our service portfolio and areas of expertise to accommodate the rapidly changing market demand,” said chief executive Zygimantas Surintas.

“It’s our strong belief that the pandemic and the current global crisis will create many opportunities for growth and development for our company and the whole industry. The addition of the modified A330 aircraft is a big step forward and we are more than excited to see what challenges and victories it will bring.”

Mr Surintas added that when long-haul cargo demand fell back to normal levels, the aircraft  – leased from CDB Aviation – would be re-modified to take passengers. In the meantime, they would fly for “existing and future clients, to and from Asia, the US and Europe”.

In February, SmartLynx announced it had converted two A321 freighters to operate on behalf of DHL. It plans to add eight more by 2023, with an ambition to become one of the largest narrowbody cargo carriers within the next three years.