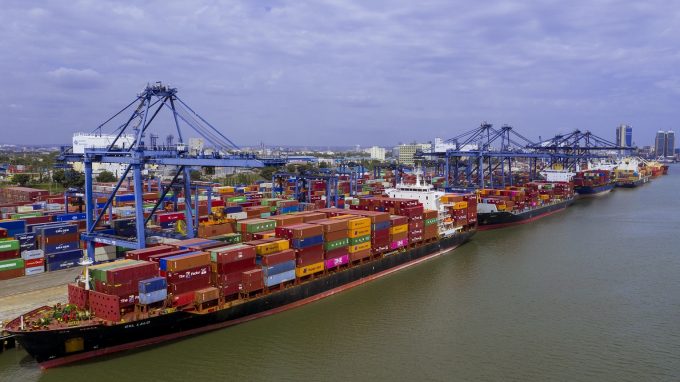 The UN is urging landlocked African nations to accede to the International TIR Convention, saying it could help the continent’s intra-regional trade grow by 44%.

The TIR system ensures traffic security and facilitation in transit through the principle of mutual recognition, which eliminates the burden of filing a transit guarantee at the entry to each country allowing trucks to move through each border under the same guarantee.

Identical information on the movement is provided in advance to all customs authorities along the itinerary.

IRU director of TIR and transit Tatiana Rey-Bellet told The Loadstar: “Upward economic growth in Central Asia is supported by the growing use of TIR, which makes connectivity more efficient and less costly. This results in growing investments in the region.

“This is in contrast with just 16% of intra-regional trade between African countries, which are in urgent need of similar ways to be better connected.”

Accession to the Convention on the International Transport of Goods Under Cover of TIR Carnets, as it’s formally known, could help raise Africa’s intra-regional trade by as much as 44%, and improve the competitiveness of exports from landlocked countries, the IRU believes.

Such are the hurdles landlocked countries face when moving goods that they manage just 60% of the exports of their coastal neighbours and pay 85% more on imports.

Ms Rey-Bellet added: “It is the landlocked countries suffering the most from not being part of this trade facilitating treaty as they are exposed to trade barriers by their limited options for moving goods.”

At issue is the complexity and costs associated with cross-border road transit across Africa, which includes Beitbridge, a border crossing between South Africa and Zimbabwe, one of the most expensive crossings in the world.

Costs and bureaucracy have reportedly led not only to impediments to imports and exports, but have also stranded drivers in two-week queues as they wait to cross borders.

“Take the route between Mali and Senegal as an example, despite being a [relatively] short distance, it takes drivers around 30 days, and if goods are stuck in this level of delay, the cost for the end customer will be huge,” said Ms Rey-Bellet.

“Every year the IRU issues approximately $70bn in guarantees to customs authorities worldwide, and the claims ratio is as low as 0.003%, thanks to robust security mechanisms,” she added.

“Today there are 77 contracting parties to the TIR Convention, and the number is growing. IRU accompanies new countries’ public and private sectors through system implementation to make sure business and customs authorities fully benefit from this tool for better security and better trade and transit facilitation.”

The TIR Convention system can be implemented in a country in less than a year.

Uzbekistan transport minister Ilkhom Makhkamov has witnessed the crossing of a local operator’s TIR truck from Afghanistan earlier this year and underlined the importance of co-operation in the field of transport and logistics.

His opposite number in Afghanistan, Akbar Jan Polad, said the country was “keen” on developing its transit potential and security of transit across Afghanistan.

Ms Rey-Bellet added: “To make landlocked countries better connected, we must tackle the major issue, which is at the borders. This means improving security then facilitating transport. That comes through the TIR.”

European road freight: 'all the ingredients for sustained rate inflation are in place'

European road freight rates have hit an all-time high, amid a Europe-wide driver shortage and ...