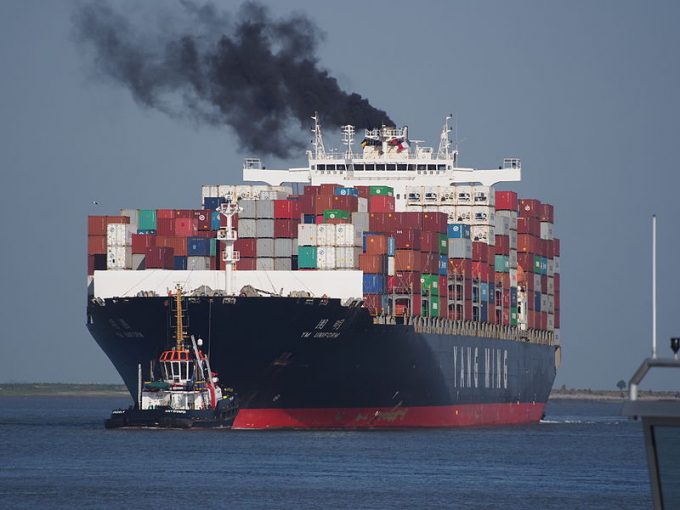 Today’s announcement that Swiss-Italian liner operator MSC is to fit air lubrication systems to its newbuildings is symbolic, because it reveals the shift in position made by the industry and its backing for the IMO targets.

According to manufacturer Silverstream, MSC has made more than 30 orders for the company’s air lubrication system, which effectively creates an air cushion for vessels to sail on, cutting emissions by 5-10% – not enough to meet all the requirements for the International Maritime Organization (IMO) targets, but a very good base to build on.

“The order relates to a substantial portion of MSC’s newbuild pipeline, with a number of the vessels expected to be deployed on the world’s busiest trade lanes between Asia and Europe,” said Silverstream in announcing the deal.

MSC’s acquisition of the system is the single largest order in Silverstream’s history, and the tech company believes that the deal will save an aggregated total of 1.6m tonnes in emissions and nearly $300m in fuel costs over the ships’ 30-year life cycle.

Giuseppe Gargiulo, head of newbuildings, MSC, believes that the Silverstream System, with the right hull design to allow the flow of air along the hull, will offer substantial savings for the company and the planet.

“As part of our significant efforts to further improve our environmental performance, we are continuously on the lookout for new innovative solutions that could help us achieve efficiency gains. Air lubrication technology is one of the proven technologies that can help ships to achieve fuel savings and reduce energy losses,” said Mr Gargiulo.

While the Silverstream technology does not meet the emission reduction targets by itself, it could be coupled with other technologies that will further cut fuel consumption and thereby cut emissions.

One such technology which could prove complimentary is Fuelsave’s FS MARINE+ which improves the efficiency of the fuel burn in a ship’s engine. Last week Fuelsave announced that it was scaling up production after the company secured funding of €3.4m from Dreamcraft Ventures.

Marc Sima, Fuelsave’s CEO told The Loadstar: “Fuelsave has been contacted by some of the leading container shipping companies – their fleets combined accumulate to more than 2,000 vessels. These companies are interested in the technology once validated for their particular slow speed engines.”

The company has already started to move to new production facilities in Hamburg that will be capable of producing 50 large scale systems a year.

“At the same time, we have strategic partner agreements and several interested parties to outsource our production to for further lean scaling as demand requires. More funding is also being planned for further scale up and to develop other patented innovations as complimentary solutions to further reduce energy consumption and help customers in the energy transition through energy efficiency enhancements,” said Marc Sima, Fuelsave’s CEO.

Meanwhile, the German company said that the new funding round would allow: “Fuelsave to meet the growing demand for its high impact retrofit solution, which is capable of immediately reducing emissions from shipping.”

FS MARINE+ optimises the fuel combustion with the injection of hydrogen, oxygen, water and methanol through the air intake.

“This technology, referred to as advanced combustion conditioning, makes combustion leaner, cleaner and more efficient, thereby reducing fuel consumption and reducing greenhouse gas (GHG) emissions such as NOX by 30 to 80%.”

According to Mr Sima: “Although not a silver bullet, advanced combustion conditioning has the potential to truly contribute to building a low-carbon future for shipping, and is one of the few ways in which shipowners can reduce their emissions now, without requiring major changes to their engines and vessels.”

The FS MARINE+ system works by reading the load required of the engine at any given time and adjusting the input of hydrogen, methanol and oxygen in different combinations to suit the need for more efficient and cleaner burning of the primary fuel.

“The dynamic injections are able to influence the combustion temperature, flame points, premix phase and ignition timing within the cylinder and to optimise the stochiometric mix for a lean combustion at any load phase, while the engine management system senses that there is sufficient power, throttling down the primary fuel injection,” explained Mr Sima.

While the FS MARINE+ system was originally designed for four-stroke engines, the company has been developing a two-stroke version compatible with large container ships.

Mr Sima said the system works differently from one engine to the next and Fuelsave will need to make certain that the retrofitted system works efficiently for each unit it is fitted to, but the company will contractually guarantee a 10% fuel saving. Mr Sima added that the company has seen much higher fuel efficiencies of above 20%, and for some vessels it has been as high as 25%, on four-stroke auxiliary units operating at partial loads.

Mr Sima concluded. “We expect the savings to be slightly less than for four-stroke engines, however due to the economies of scale the business cases are even better with payback times from between 1.5-3 years. These payback times are further improved significantly when carbon levy and emissions taxes are taken into consideration. This provides a strong business case with a positive impact even when assuming considerably less savings compared to a four-stroke engine.”