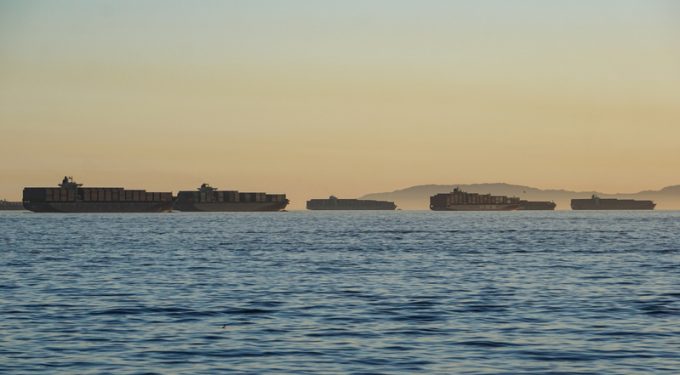 US lawmakers have voted overwhelmingly in favour of the Ocean Shipping Reform Act (OSRA) of 2022, which will see the Federal Maritime Commission’s (FMC) powers greatly increased.

The bill still needs the signature of President Joe Biden, but that is seen as a formality, given his recent critical comments on ocean carriers.

FMC chairman Daniel Maffei said: “I applaud today’s passage of the Ocean Shipping Reform Act of 2022 by the US House of Representatives and look forward to this legislation being signed into law.

“This bill provides needed and overdue updates to the laws the FMC enforces. These changes will have a beneficial effect on how US shippers are served and will bring more accountability to how ocean cargo services are provided.”

Mr Maffei said the FMC would “move promptly to implement the steps necessary to bring shippers the benefits of this legislation, beginning with the rulemaking addressing export shipments”.

He said the House of Representatives had clearly heard the “calls for help” from American manufacturers, farmers and other companies that relied on shipping services.

The bill will give the FMC authority to investigate the business practices of shipping lines, require them to report details of import and export tonnage to the regulator each quarter and make it illegal for carriers to unreasonably refuse to take US exports.

Shippers have welcomed the news. Lori Fellmer, of BassTech International and chair of NITL’s Ocean Transportation Committee, said: “Our members continue to suffer under a system plagued by deteriorating service levels and unreasonable fees and charges. Reforming the Shipping Act and further empowering the FMC addresses these concerns and will greatly benefit US exporters and importers.”

“Additionally, it provides critical updates to the international maritime transportation system, which has been severely impacted by Covid-19.”

Liner lobby group the World Shipping Council (WSC) said it looked forward to “engaging in productive conversations with the FMC to implement OSRA in a way that will minimise disruption in the supply chain”.

But it insisted that its members had “gone all out to keep goods moving” throughout the pandemic, “deploying every vessel and every container available”.

Moreover, the WSC pointed to the investment of ocean carriers into the future, including ordering a record-breaking 555 newbuild vessels at a cost of $42.5bn.

“But as long as America’s ports, railyards and warehouses remain overloaded and unable to cope with the increased trade levels, vessels will remain stuck outside ports, to the detriment of importers as well as exporters,” said the WSC.

In a reaction to President Biden’s attack last week on the “outrageous” pricing of a “handful of companies which control the market”, the WSC said it was “appalled by the continued mischaracterisation of the industry by US government representatives”.

“The 22 (not nine) international carriers that serve the American people, industry and government on the Asia-US trade are part of the global supply chain that has built this country, importing and exporting food, medicine, electronics, chemicals and everything else we depend on,” said the WSC.

The lobby group argued that rate hikes since the start of the pandemic were due to “demand outstripping supply”, pointing out that this had been the conclusion of FMC Commissioner Rebecca Dye’s two-year Fact Finding 29 investigation.

“Until the import congestion is remedied, export congestion will persist. Ocean carriers continue to move record volumes of cargo and have invested heavily in new capacity. America needs to make the same commitment and invest in its landside logistics infrastructure,” said the WSC.

The Federal Maritime Commission investigation into the ocean supply chain in the US, known as ...