News / 'Shipageddon': US delivery firms set to be overwhelmed by Xmas demand 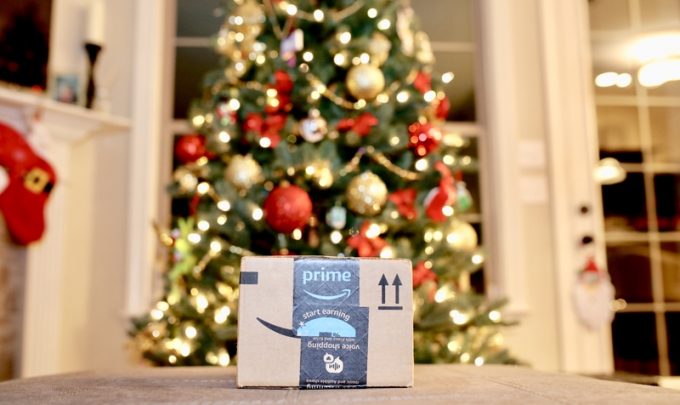 The seemingly insatiable appetite of US consumers for online shopping is powering Amazon to new heights.

And according to Amazon, the fourth quarter is going to be even better.

“We’re seeing more customers than ever shopping early for gifts, which is just one of the signs that this is going to be an unprecedented holiday season,” said Amazon CEO Jeff Bezos.

Jason Goldberg, chief strategy officer at Publicis Communications and chairman of shop.org, a division of the US National Retail Federation, estimates that this points to a haul of between $7bn and $10bn for Prime Day,  but “probably closer to $7 billion”.

The question is, if the event – coming more than a month ahead of the traditional peak US retail frenzy between Thanksgiving and Christmas – has drawn in some consumer spend that would otherwise flow later in the season. Some pundits have argued that Amazon had effectively extended the peak season by six weeks.

Mr Goldberg noted that retailers were anxious to pull in sales earlier this year, worried about delivery problems and inventory burn-out later in the season.

Pundits have predicted a “Shipageddon”, as retailers and delivery firms will be overwhelmed by the volume of parcels generated in the weeks before Christmas.

DHL is bracing itself for 50% more shipments this peak season than last year. The integrator is looking to add 7,000 seasonal workers to cope with the anticipated volume, said Scott Sureddin, CEO DHL Supply Chain North America. And UPS announced a US-wide sign-up blitz, aiming to bring in at least 50,000 seasonal employees.

The tidal wave of parcels will strain the system, leading to delays and bottlenecks, said Mr Sureddin, adding: “We will see final-mile capacity constraints.”

Many of his customers are making preparations to ensure that their items of higher value will be prioritised over products with lower margins, he said.

The firm estimates that e-commerce will account for 18.8% of total retail sales in the season.