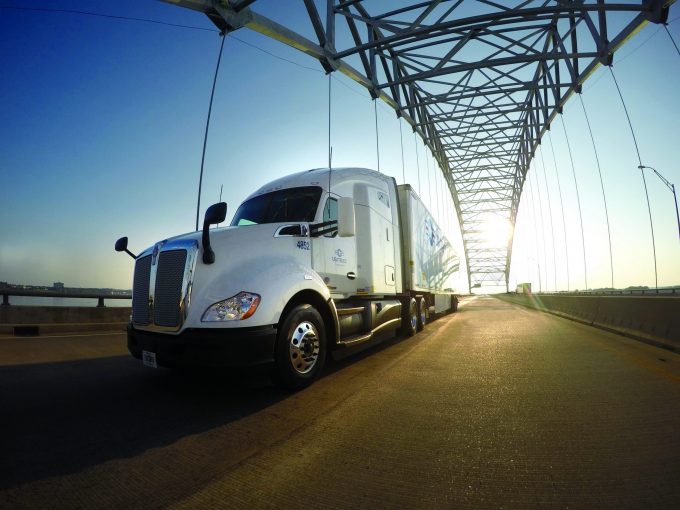 DB Schenker’s plans to expand its North American trucking business could hit the buffers after a number of US-based law firms called on shareholders of takeover target USA Truck to consider launching a class action on whether the price tag undervalues the sale.

“Former attorney general of Louisiana Charles Foti and the law firm Kahn Swick & Foti (KSF) are investigating the proposed sale of USA Truck to DB Schenker. Under the terms of the proposed transaction, shareholders of USA Truck will receive only $31.72 in cash for each share they own.

“KSF is seeking to determine whether this consideration, and the process that led to it, are adequate, or whether the consideration undervalues the company,” Kahn Swick & Foti said.

While the almost identical wording of the lawyers’ statements suggests a case is still to be made, Loadstar Premium analysis yesterday said “DB Schenker is acquiring a target on the cheap, paying a large premium to USA Truck Inc’s unaffected share price”.

Premium head Alessandro Pasetti, in his story DB Schenker gulps a (juggled, little) poison pill, explained that the price tag on an “annualised and on a forward 2022 year-end basis, yields a modest 4.3x EV/ebitda M&A multiple pre-synergies against a pretty fair, headline 5.8x EV/ebitda multiple based on full-year 2021 figures.

And he added today: “The relative multiple, rather than the share price including the premium, looks slightly low indeed if you want to maximise value, and it’s all pre-synergy, but I would be really surprised if the deal didn’t go through at this price.”

He also noted the possibility of a shareholder class action was reminiscent of the ultimately doomed attempt by some shareholders to challenge UTi’s 2015 takeover by DSV, which saw it acquired at $7.10 per share, when some analysts rated it at $14 per share.

DB Schenker is beefing up its footprint in the US market with the acquisition of truckload carrier USA Truck. The global logistics player valuing the trucking firm at $435m, including net debt, and the transaction is expected to close before the end of this year.

USA Truck is among the top 40 US truckload operators, with a fleet of over 1,800 trucks, supplemented by another 1,300 leased units. It has 2,100 employees and partners with some 36,000 active contract carriers. In addition, it runs a network of terminals across the eastern US and maintains a nationwide 3PL presence.

The company earned $25m in net profit last year on $441m trucking revenue and $323.4m from 3PL and brokerage services.

Management re-engineered USA Truck’s network last year and grew its portfolio of dedicated trucking business, a strategy that has produced four consecutive record-setting quarters, with net income up 265% year on year in the first quarter of this year.

USA Truck’s Germany-based suitor is paying a 118% premium on the trucking firm’s pre-deal share price of $14.60.

DB Schenker had signalled its ambitions for a stronger presence in the US trucking market over the past year, when it used other carriers to haul its branded trailers and beefed up its North American sales force. To date it has a US network of 47 branches and 60 logistics centres, some of it the result of its $1.1bn acquisition of BAX Global in 2006.

Some observers have explained the acquisition as a response to a rising tendency among international beneficial cargo owners to look increasingly for end-to-end services. The USA Truck acquisition follows the takeover of Pilot Freight Services, a US-based forwarder with trucking assets, by Maersk in February.

It is also another chapter in the lengthening saga of consolidation in the US trucking market. Last year, Knight-Swift, the largest US truckload operator, bought LTL carrier AAA Cooper for $1.35bn; Werner Enterprise acquired an 80% stake in ECM Transport Group; and Uber Freight took over transport management and logistics provider Transplace for $2.25bn.

Unlike those earlier deals, DB Schenker will be unable to take advantage of low interest rates, which should slow down the consolidation trend in the US trucking sector in the months ahead.

Instead, operators are likely to boost their fleets as more owner-operators that struck out on their own during the past two years are forced to seek alignment with carriers or return to employment, as slimming margins and rising costs make survival on their own increasingly difficult.