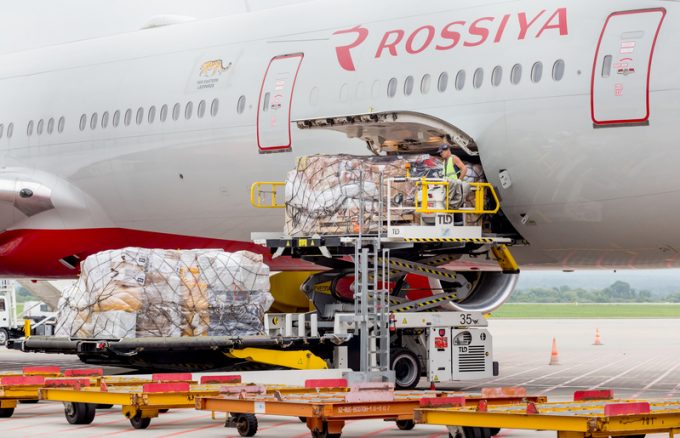 Having produced decent results in the first half of the year, the Russian airfreight segment is likely to keep gradually regaining its pre-crisis position, according to local operators and experts.

“By the end of the year, the share of cargo traffic in Russia’s air transport volume will increase by 8% to 13%,” said Aleksey Tuzov, a Moscow-based transport expert.

“The revenues generated by the freight sector may well reach $152bn, or a third of the overall earnings of our air carriers,” he predicted, adding that pre-2020, the cargo segment accounted for just 10% to 15% of the industry’s income.

During H2 21, the industry is likely to see enhanced collaboration and the signing of new long-term contracts, new and merging services and further development of door-to-door deliveries and supply chains, according to Petr Novozhenov, head of sales at AirBridgeCargo (ABC) Airlines.

Furthermore, growing demand for cargo transport and insufficient capacity will result in higher airfreight rates, according to DHL Global Forwarding. However, air operators are unlikely to be able to restore pre-crisis volumes earlier than 2025.

During H1 21, the volume of Russia’s air cargo traffic grew 31.9%, year on year, to more than 4.2m tonne-km, according to the Federal Air Transport Agency (Rosaviatsia). All the top five Russian airlines, except for flag-carrier Aeroflot, managed to increase their cargo volumes.

The key factors determining the H1 rise were restoration of some interrupted services, satisfying deferred demand and carrying medical supplies (particularly PPE), according to Mr Tuzov.

For instance, ABC, part of the Volga-Dnepr group and the nation’s largest air freighter operator, improved its half-year figures by 33.1%, mainly due to delivering vaccines and related cargo all over the world. And it was increasingly involved in the transport of temperature-sensitive and special freight, as well as multimodal logistics schemes.

At the same time, traditional passenger carriers have kept developing their expertise in e-commerce, shipping mail and urgent supplies, a sector which rose 32.8% in the first half.

But Nordwind Airlines demonstrated the most impressive freight traffic growth over the period, up 420%, having expanded its fleet with an Airbus A321-200 in May and an A321 neo in June.

“Some of the smaller operators decided to focus on charter services to make the most of the situation,” said Olga Novikova, head of the air transport department of Trans European Logistic Services. “As a result, a number of previously little-known newcomers have entered the market with new destinations and attractive rates.”

As far as Russian airports are concerned, they have also found themselves on a steady recovery track. For example, the cargo volumes handled by all the Moscow-based terminals during H1 21 grew 17.6%, year on year, to 145,700 tonnes internationally, and by 25.2% to over 84,000 tonnes domestically.

Vladivostok, in Russia’s far east, saw a 40% increase in its H1 freight traffic, with the bulk of the cargo delivered to and from Moscow (48% semi-annual growth).