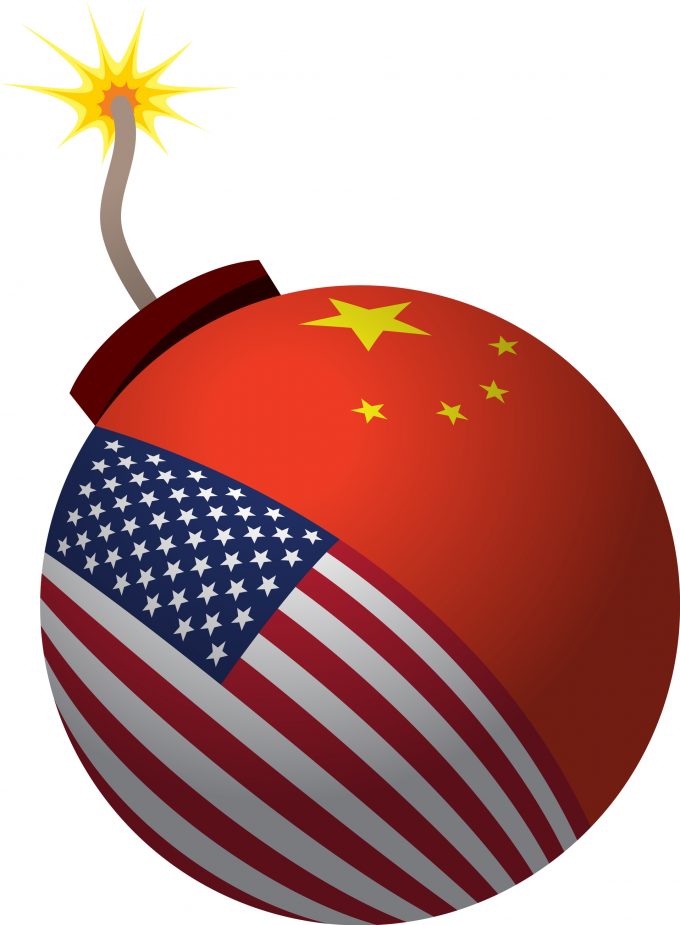 The angry rhetoric between China and the US and their tit-for-tat imposition of tariffs on a rising number of goods are showing early effects on trade flows.

Project cargo and consumer items, led by perishables, have been affected already and more will follow as companies ramp up efforts to revamp their supply chains.

US agriculture has been one of the first sectors to feel the impact. Forwarders have reported a recent decline in charters and overall cherry volumes to China after two rounds of tariff hikes (of 15% and 25%) on imports of the stonefruit from the US. Other crops that have been hit include soybeans and sorghum.

US pork exports to China suffered a double-digit slump in the first half of this year – even before the full impact of the escalation in tariffs. Beijing raised duties on US pork to 37% in April and pushed them up to 62% in July.

American seafood exporters are bracing themselves for pain after China’s 25% hike in tariffs on US lobster, which raised them to 40% overall. Last year over $142m worth of US lobster was shipped to China.

Last month, the US administration announced $12bn in financial relief to farmers. Farmer associations welcomed the support but stressed they wanted trade rather than aid that only provides short-term relief.

By some estimates, a comprehensive relief scheme for all US sectors hit by the tariffs would cost about $39bn.

The tariffs also had an early impact on project cargo. Keith Settle, CEO of Oregon-based Oxbo Mega Transport Solutions, reported a slowdown in activity this year, which he attributes to tariffs as companies halt projects to see how the dispute unfolds.

“It’s like somebody hit a pause button,” he said.

Other project forwarders also report uncertainty and volatility. Project owners and engineering companies are not sure where to source equipment, hoping to avoid tariffs that would push up their costs significantly.

Supply chains for mass manufactured goods are not geared to react immediately to tariffs, but this sector is beginning to show moves to reduce the repercussions from them.

“We’re starting to see some impact, particularly with the next round of tariffs,” said Neel Shah, senior vice-president, global air freight of Flexport.

“With a project, if you have a chance to delay the implementation or switch supplier, you will do it. It’s easier with projects to shift. If you procure a widget for an ongoing production, it’s a bit harder to turn it off. Nothing happens overnight. Supply chains take time to get in place.”

Reaction to the first round of tariffs in April was minimal, he added. In part, this was because fewer companies were affected, but also because most firms dealing with China decided at the time to weather the storm and see if it would blow over, he suggested.

“With the next round to take effect, there’s a bigger impact. I think in some sectors panic is beginning to set in,” Mr Shah said. This is most pronounced with companies that have little pricing power or that operate with thin margins, he added.

The incipient moves will have some impact on the upcoming peak season, but not a major one, he thinks. If executives feel a trade war is the new normal, the industry will see a large shift in 2019, he said.

If companies reconfigure their supply chains, countries like Vietnam, Malaysia and Thailand stand to benefit, Mr Shah believes. And some manufacturers are considering shifting production back to the US, he noted.

For its part, China has also taken tentative steps to secure supplies that have come from the US to sources elsewhere. Edmonton International Airport has seen some cherry charters to China this summer, and the number of all-cargo charters from Halifax to China looks set to go up in the coming months. China’s tariff on Canadian lobster dropped to 7% in July, just as the duty on US lobster was nudged up to 40%.