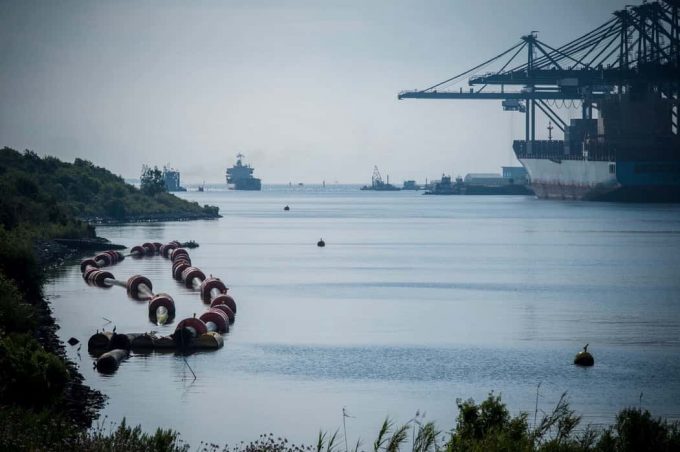 Forwarders, shippers and the management at Houston are hoping for a speedy decision on dredging to improve access to the port.

Container growth is hamstrung after the governor of Texas signed legislation that limits operations of large container vessels in the Houston Ship Channel, a 52-mile federal waterway that provides access to the port’s terminals.

The bill that Greg Abbott signed last month seeks to minimise potential disruption in the ship channel by limiting the length of containerships using it to 335 metres. Permission for a larger vessel to call at the port now requires the approval of 80% of the Houston Ship Channel pilots, as well as two public hearings.

The legislation has been championed by the energy industry, which fears an increase in container business, notably with larger vessels, could hamper oil and gas traffic at the port.

The Coalition for a Fair and Open Port, set up by the sector, has argued vocally that a rise in container traffic would “likely choke off energy export growth”.

Houston’s two container terminals handled a record 2.7m teu in 2018, and it is the seventh-largest container port in the US.

However, box traffic is dwarfed by the oil and gas business: last year, container traffic accounted for 17% of the port’s volume, while liquid bulk made up 63%. Project cargo was third with a share of 10%.

The port’s commission had been opposed to the legislation, warning it could impede commerce and hurt economic growth, and was supported by marine labour and employer groups.

Both the International Longshoremen’s Association and the United States Maritime Alliance criticised the new rule, arguing it would have “a devastating impact on container services at the port and the wider industry”.

“Not only does it reverse this economic growth in the port of Houston, it crushes it,” they warned in a joint statement.

To allay the fear of the energy lobby, the port commission had imposed a limit on container traffic in April, allowing only one weekly call by containerships large enough to potentially cause congestion in the two-way channel. Moreover, such ships are not allowed to arrive and depart the port’s container facilities on the same day.

These measures had been proposed by the Coalition for a Fair and Open Port, but they were deemed insufficient to prevent the more restrictive legislation.

Roger Guenther, the port’s executive director, reiterated that the commission remained opposed to it, but added that the port would “move on”.

It will continue to handle over two-thirds of the container trade in the Gulf of Mexico and will remain the largest breakbulk port in the US, he said.

He has now pinned his hopes on a study of planned improvements of the ship channel, which is nearing completion, and on Congress authorising its widening. He called this project “the number-one priority for the port of Houston”. It will be the eleventh time the channel has been widened.

Mr Guenther argues that the port has sufficient room for growth within its existing constraints until the ship channel is widened, but some observers have warned that Houston could lose container traffic to competitors.

Bob Imbriani, executive vice-president international at forwarder Team Worldwide, said: “It will have no immediate effect, but will limit options as the lines look to put the ‘new’ Panama Canal to greater use and have more services into the Gulf.

“It will divert the new larger vessels to other ports,” he added.