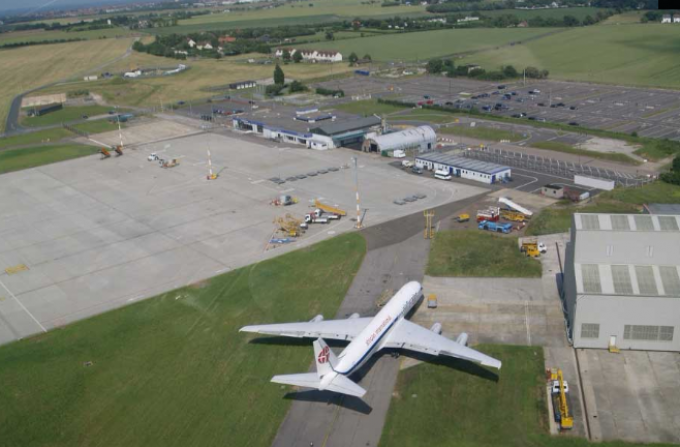 An aviation consultant has joined a group which believes the attempt to turn Manston airport into a cargo hub is seriously flawed.

Government minsters recently overruled the planning inspectorate’s recommendation to reject RiverOak Strategic Partners’ (RSP) scheme, which includes spending  £300m on rebuilding, with operations to start in the first quarter of 2023.

But consultant Peter Forbes, director of Alan Stratford & Associates, believes RSP sees the only real value in the land as housing or industrial development.

Mr Forbes explained: “In order to fulfil the [government] requirements, RSP needed to show that the airport was a significant national infrastructure development with a minimum of 10,000 ATMs a year. Under RSP’s forecasts, Manston would handle some 181,436 tonnes of cargo, with 10,144 cargo ATMs, by year six.”

The government limited the ATMs to just over 17,000 – or some 40-odd flights a day. As a point of contrast, East Midlands, the busiest UK cargo airport and express operator hub, sees, on estimate, fewer than 12 freighter flights a day – and handles nearly double the cargo RSP estimates for Manston by 2029.

RSP told the government the airport would lead to the creation of more than 23,000 jobs – both direct and indirect, with 3,417 at the airport – in contrast to the 150 jobs it had when it closed in 2013 with losses reported to be at some £3m a year.

“The key disadvantage of Manston is its location at the extreme south-east corner of the UK and its poor surface access. Historic traffic levels at the airport have generally been modest.

“The increased onward distribution times at Manston are particularly relevant for perishable goods, which comprise a significant proportion of all dedicated freighter cargo. In addition, the inability to offer night flights at the airport, which is a condition …, will be a significant constraint for the development of a freight hub, particularly for main international freight package couriers such as Fedex, UPS and DHL.”

He added: “There is significant available capacity to handle additional freight at East Midlands and Stansted for at least the next 15-20 years. If further capacity for dedicated freighters is needed in the longer-term, then it would be preferable to have a more central location.”

The consultant also queries RSP’s funding source, which it has not revealed, and questioned the experience of the management.

RSP is a US company, with a UK director, who, Mr Forbes claimed, is a close associate of two local Conservative MPs, and who “has also been involved with other airport developments in Germany …none of these have proved to be successful”.

Mr Forbes concluded: “The location of any airport is fundamental and the development of a major cargo hub at Manston as proposed is simply not commercially viable. There is little doubt in my mind that RSP’s objective in promoting the Manston development is to sell some or all of the land for housing and/or industrial development.”

Two other aviation consultants, York Aviation and AviaSolutions, have also said the airport is not viable, he claimed.