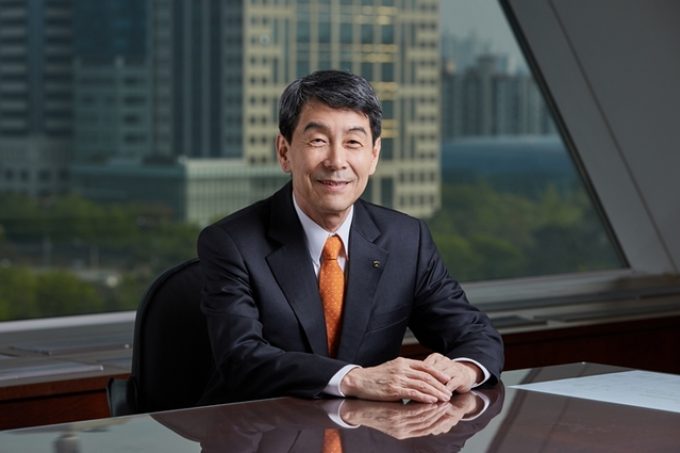 More controversy surrounding Korea Development Bank’s control over HMM has erupted after a South Korean lawmaker revealed at the National Assembly on Friday that 67% of the liner operator’s surplus $4bn funds had been deposited in low-interest funds, managed by the state-backed policy lender.

Of HMM’s surplus funds with KDB, 85% is held in fixed deposits, while around $322m and $23.5m are invested in a money market trust and money market deposit account, respectively. The former is a short-term deposit account, the latter allows depositors to withdraw funds at any time with no conditions.

KDB, which became HMM’s largest shareholder after a debt-for-equity swap in 2016, holds nearly 25% of the shares, although the bank’s chairman, Lee Dong-gull (pictured above), has said the bank would eventually sell its stake.

However, currently, execution of HMM funds is approved by a fund management team dispatched by KDB.

Mr Kang said: “There’s a high possibility that this kind of inefficient money management is being carried out in other companies subject to restructuring than HMM.”

Mr Lee, present at the National Assembly session, explained that HMM chose products that were advantageous in terms of interest rates, not because KDB was biased in fund management.

He said: “Interest rates are very low because these are short-term funds, but among them, KDB’s products give relatively high interest rates. We do not decide on these issues.”

The contention arose after HMM management settled a dispute with unions representing office and seafaring employees seeking a significant salary increment. KDB was apparently reluctant to agree to this after HMM escaped bankruptcy in 2016. Recently the unions argued that employee sacrifices should be rewarded, especially after HMM achieved a record profit last year.