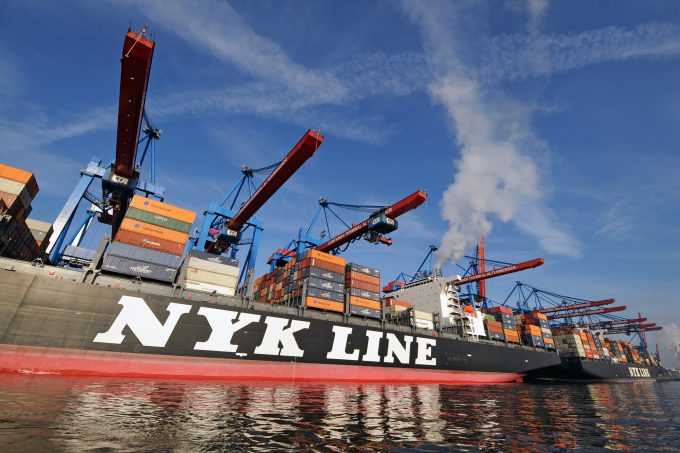 Japan’s big three shipping groups – K Line, MOL and NYK – have agreed to spin-off their container shipping businesses into a new joint-venture company with a total capacity of 1.4m teu, which would rank as the sixth largest in the world and have a global market share of approximately 7%.

A joint statement released today said the deal was subject to shareholders’ agreement and regulatory approval with a planned establishment of the new company scheduled for 1 July 2017, and the target for business commencement set for 1 April 2018.

“The three Japanese companies have made efforts to cut cost and restructure their business, but there are limits to what can be accomplished individually,” explained the statement.

It added: “Under such circumstances, we have decided to integrate our container shipping business so that we can continue to deliver stably high quality and customer focused products to the market place.”

It has been agreed that the shareholding of the container line joint venture will be: K Line 31%, MOL 31% and NYK 38%, with a total contribution of Y300bn, including fleets and share of terminals, but will exclude terminal operating business in Japan.

Including current chartered-in tonnage the total number of ships operated by the joint-venture would equal 256 vessels earning a cumulative annual revenue of Y2.04trn.

And according to Alphaliner data the merger of Hapag-Lloyd and UASC will lift the German carrier to fifth in the world rankings at 1,479,968 teu capacity, behind the merged Cosco and CSCL at 1,560,999 teu, with the proposed Japanese grouping taking the sixth spot with 1,369,728 teu.

A factor in the decision to merge their container activities is that the Japanese carriers will all be members of the new THE Alliance east-west vessel sharing grouping from April next year, which makes the integration significantly less complex.

Moreover, the Japanese shipping groups have a close relationship that stems from their “common corporate culture” with senior executives and operational management naturally familiar with their counterparts at the other companies.

In the past few years container liner shipping has been a problem child for all three of the Japanese trio as they have found themselves increasingly unable to match the economy of scale unit benefits enjoyed by the big three of Maersk Line, MSC and CMA CGM.

Furthermore, the raft of container M&A activity in the past year – with of CMA CGM’s acquisition of NOL, Hapag-Lloyd’s merger with UASC, and the merging of the two Chinese state-owned lines – has widened the gap in this sector and proved a drag on consolidated group results for the Japanese companies.

Indeed, second results for the period April to September were also released today with K Line recording a $499m loss and NYK reporting a massive $2.2bn deficit after opting to take a huge impairment hit on the value of its ships.

MOL actually managed to record a profit of $158m in its second quarter, but this was mainly supported by one-off gains from the disposal of associate companies.

After the bankruptcy of Hanjin Shipping and the merging of the Japanese trio THE Alliance will be streamlined into three carriers: Hapag-Lloyd, Yang Ming and the newco Japan carrier, thus overcoming the “too many cooks” criticism that has previously been levelled by analysts at the grouping.