News / NYK Delphinus cargo to be discharged in Oakland next week 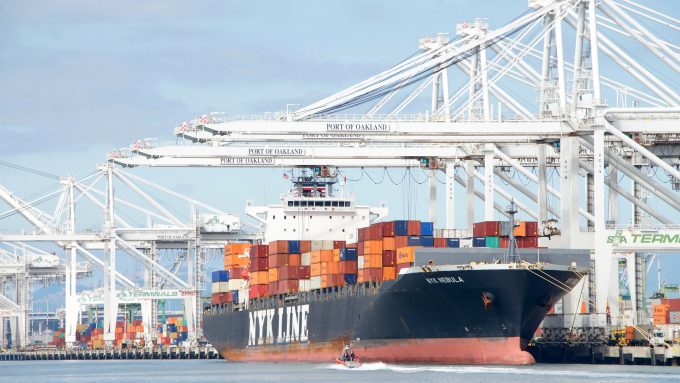 Cargo on the fire-damaged 4,882 teu NYK Delphinus is now to be discharged in Oakland, California, according to vessel operator Ocean Network Express (ONE).

ONE, a composite carrier of three Japanese operators, MOL, K Line and NYK, announced today that US import cargo with General Average security (GAS) is expected to be released from Monday.

The cargo will be stored in a temporary holding area at the port and when GAS is posted it will be moved to a delivery area, said the line.

“Please follow the usual processes for confirming release status, securing an appointment and checking container availability with the terminal before proceeding pickup arrangement of these units,” said ONE.

Meanwhile, it adds, transhipment cargo with GAS posted will be loaded onto the “earliest available service” as a priority. Cargo awaiting GAS will board the earliest connecting services following payment.

Discharged containers will only be released after the GAS payment is confirmed by average adjuster Blue Seas Adjusters.

The crew of NYK Delphinus reported a fire in the vessel’s engine room on 14 May, which although extinguished, immobilised the ship. Tugs towed the vessel to Oakland where it berthed on 24 May. General Average was declared on 4 August.